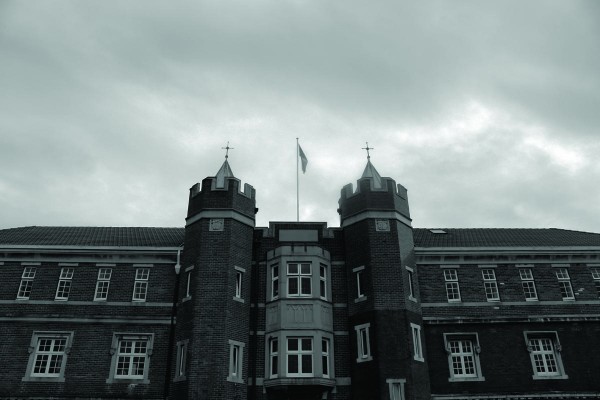 Monica Nelson, who was given the award in 2014, described it as “sexist and bullying”.

Second year Selwyn College students secretly voted on and publically awarded a prize for the fresher girl with the “Best Rack,” among other derogatory awards. Monica Nelson, who was given the award in 2014, described it as “sexist and bullying”.

The tradition was part of the Selwyn College Students’ Association AGM, where the governing committee of elected second year students would award a number of nicknames to first year students. Among the traditional nicknames were ‘Black Rabbit,’ ‘Burgundy Lemur’ and ‘Animal Channel’.

Students would be called up in front of the college and awarded their name. They were not told what the name meant or why they had been given it until after the event.

Critic has been able to verify that the tradition has happened every year going back until at least 2012.

Monica said she didn’t dwell on her award at the time, but she did find it “pretty disconcerting to know that there was a roomful of second years objectifying and labelling us, largely on appearances. What's more, the second years know that the practice is discriminatory, so they use code words for our labels. You get stood up, and potentially shamed, in front of your entire hall and you don't even know why... It's a totally unnecessary, disingenuous, and generally unkind practice.”

‘Animal Channel’ was an award which was typically given to shy or awkward students, and several former students identified it as particularly problematic. One student, who was given the Animal Channel award several years ago said “I thought it was really cool at the time, I didn’t realise until later that they were making fun of me”. Another ex-student described the award as “straight up bullying”.

A female student from 2014 raised concerns about the power imbalances between first and second years, saying that the second years “have an inappropriate amount of power to affect the freshers… the freshers desperately want to be noticed so most of them enjoy being picked but the point is that the freshers don't know what these stand for until they find a second year willing to tell them”.

“They mix all the harsh shit in with other light hearted stuff and jokes and announcements and speeches so you don't notice so much how bad some of it is until you look back. Thinking about it now it seems so weird and childish.”

Some former students defended the practise. A male student from 2015 and 2016 described it as “All in pretty good taste. No one got mad about it; it’s just another fun little tradition”. A female student from 2016 and 2017 said “The second years choosing the awards are careful not to select people who might feel uncomfortable in order to keep it light hearted and joking in manner. It is not an exercise in humiliation or embarrassment”.

The Selwyn College Board of Governors Chairman Aaron Douglas told Critic that “We are not aware of this being a current practice however we will look into this. Neither the University of Otago nor the Selwyn College Board of Governors condones this type of behaviour in any way and will look into this matter during semester two, after staff and students have returned to the college”.