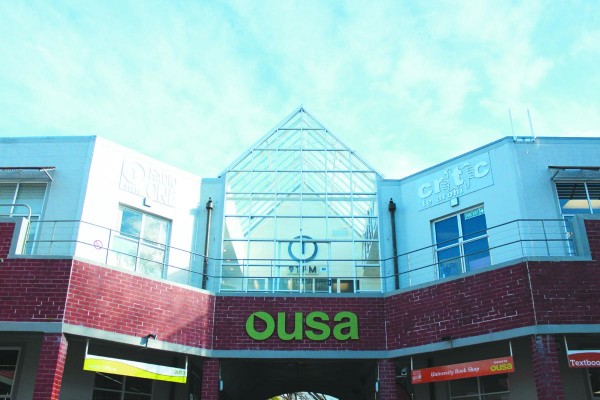 The Best Anonymous Comments From the OUSA Referendum

The most interesting thing about the election was that OUSA released the anonymous comments submitted with the questions to us, after they couldn’t think of a reasonable reason not to. Here are some of the best.

I have no idea what this means. I’m sure it’s fine tho

That Garfield poster was a disgrace

If it aint broke dont touch it boi

I have no idea who Anderson Lloyd is and cannot be bothered with the research. There are some questions I want to answer but why are you forcing me to answer everything when I cannot give a valid answer. This is a crappy referenda.

guess they are doing a good job, if they get expensive shop around #let’s go the thrift shop

OUSA are the funny sidekick for when the stress of lectures gets too much.

I don't believe that Te Roopu Maori should have to give a quarterly report. If the partnership is Treaty based then equality is what is strived for not one partner having to constantly report to the other. If the amendment goes through then you can expect a motion sponsored by me to say that: The Executive of OUSA shall given a quarterly written and verbal report to Te Roopu Maori of OUSA activities and finances that reflects its commitment to Te Tiriti o Waitangi.

Getting a marae on campus

We should definitely have some sort of acknowledgement towards Maori herritage other than the weird broken archway on the way to the link. Is it supposed to be like the entrance to a marae? Can't really tell. One of my mates today said it looked like a portal to another universe so there you go.

it should run a campaign on hardening the fuck up

Would love for OUSA to run any campaign at all.

Ye cause where tf do you put your apple cores

drugs are for pussies

No! Why? This is not a priority for students. We don't need drugs. Does anybody actually need marijuana? No.

Tickets are for wankers.

The elections are very dumb. Anyone who would voluntarily put themselves forward shouldn't be elected.

Why is OUSA so focused on drugs?

This will probably backfire let's be real.

Recordings of all lectures

It's dunedin, so im cold and sick all the time please

The microphones never work anyway, and the 'this is the university of otago' voice is too annoying.

This one would be nice

THIS IS THE ONLY GOOD THING ABOUT MY DAY DO NOT CUT THIS!

I have only used this once. The breakfast wasn't that nice - meaning cheap - meaning you can afford to keep doing it for those that need that.

Don't really care, just had to tick something.

I mean if it's entirely self-funded sure, but don't expand it to whatever street my flat is on next year.

Lobby for RAs to be paid fairly

OUSA should keep all students up to date as this progresses and NAME AND SHAME any person or college that refuses to do so. If the colleges refuse to do so, then OUSA should withdraw (any) support for them and actively warn students not to become RAs.

please, oh my god, we are so undersupported.

David Seymour you need to get out and see more, stop what you’re dancing ..... I mean doing.. man i'm dry. Leave us alone