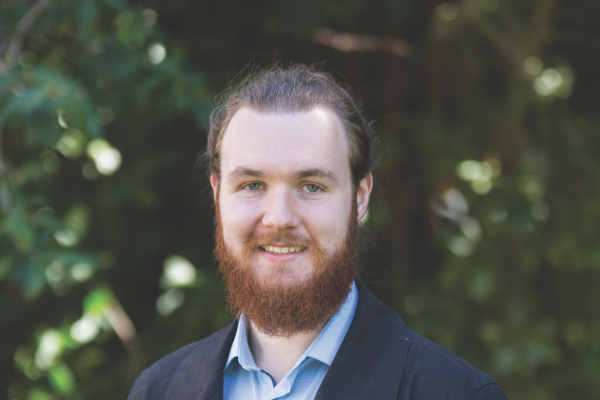 OUSA Postgrad Officer Facing Vote to Remove Him From Office

OUSA Postgraduate Officer Kirio Birks may be removed from his position after a vote of no confidence, which will be brought against him at a Student General Meeting, held on Thursday at 1pm in the Main Common Room.

Schep’s complains were that Kirio had “offered no support or input” at a meeting concerning massive proposed changes to postgraduate structures, had made “lacklustre” efforts to form a postgraduate committee, and failed to engage with the issues presented to him by the outgoing 2017 postgraduate officer despite being five months into the year.

One postgrad told Critic that Kirio does a “decent imitation of thin air”, and another claimed he “doesn't seem to actually do much representing”. However the vast majority had no opinion, as they did not know who he was. As one student put it, “I know next to nothing about Kirio except what I see in Critic”.

Kirio declined to respond to the accusations, telling Critic that “I will respond to the motion at the SGM. I wish people had reached out to me before filing a motion, but I'm glad to hear their opinions now. Hopefully this year's passion for student politics continues and the role of Postgraduate Officer isn't uncontested during the elections like it was last year, and like it often is.”

We asked 2017 OUSA Postgraduate Officer Lucy Northwood if she wanted to comment, but she said “nah bro”.

OUSA need at least 85 people present to hold a legit SGM, and a vote of no confidence needs two thirds of the vote to be successful.

At last week’s exec meeting Abigail Clark asked the exec to “publicly support” Kirio at the upcoming SGM. She said that a vote of no confidence in Kirio would be “something that would be really destructive for the exec,” and that it would take two or three months to hold a by-election. She argued that the exec should “band together and protect him”.

Sam Smith, Finance Officer, said that “Just because it’s a hassle [to hold a by-election] doesn't mean people shouldn’t be allowed to decide”. James Heath questioned whether it was “appropriate for the OUSA exec to weigh in on this”.

Umi Asaka, International Officer, said “I don’t follow Kirio 24/7, so I don’t know how much work he’s done, but I think he’s doing a good job”. Jo-sh Smy-the, Re-creation Off-icer, said that while he didn’t think that the exec should necessarily publically support Kirio, they should emphasise how serious a vote of no confidence is, and that “as a group we have seen evidence to the contrary” of the accusations against Birks.

The general consensus was that the exec needed more time to think about it. Abigail subsequently withdrew the motion, with the understanding that it would be brought up again at a later meeting.

Critic recommends anyone who wants to watch some people who care too much about student politics call each other liars on stage turn up to the SGM on Thursday at 1pm in the Main Common Room (that weird room across from the food court). Critic will be there shouting “Fight! Fight! Fight!” from a safe distance.