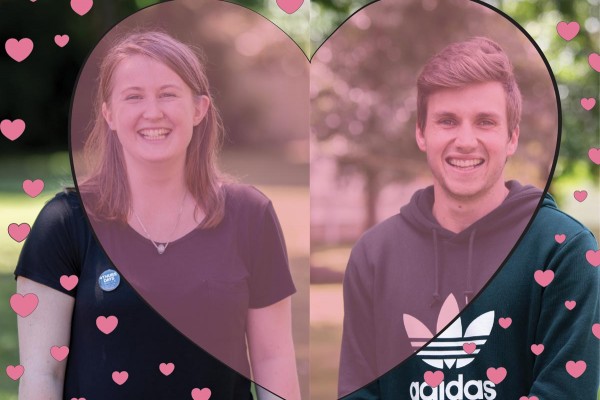 In what has been described as “The greatest scandal OUSA has seen in the last 10 years,” it has come to light that OUSA President Caitlin Barlow-Groome and Vice-President Cam Meads had a brief, but passionate, romantic encounter in their first years.

The explosive information was revealed to Critic in a recent exec meeting, when Caitlin said, flirtatiously, “I hate Cam”. Cam, stone faced, replied by saying “Caitlin tried to sleep with me in first year”. Critic stopped contemplating how we could fuck up the sudoku this week and payed attention.

Others were more neutral about the relationship, “What they do in their own time is up to them,” said James Heath, Education Officer. “No comment. I don’t really care,” said Abigail Clark, Welfare Officer.

Norhan El Sanjak, Colleges Officer, said that while the relationship was somewhat “frisky,” she believed that, “the most frisky relationship is those two *points to James and Roger*” “I respectfully decline to comment,” said Roger.

Since the initial revelations, Critic has exposed even more about this sordid affair. A source close to the couple (it was Caitlin) confirmed that Cam and Caitlin sat directly next to each other at their first year convocation ceremony. No doubt their physical proximity at an official university event was an analogy for their emotional proximity at the personal event of love.

Critic is upset that Caitlin and Cam’s names do not splice together well. “Caitlam” is the best we could come up with, the other option being “Camlin”.

Next week on Critic’s new exec gossip section: are any of the exec pregnant? Probably all of them, says one anonymous, and totally not fictional, source.