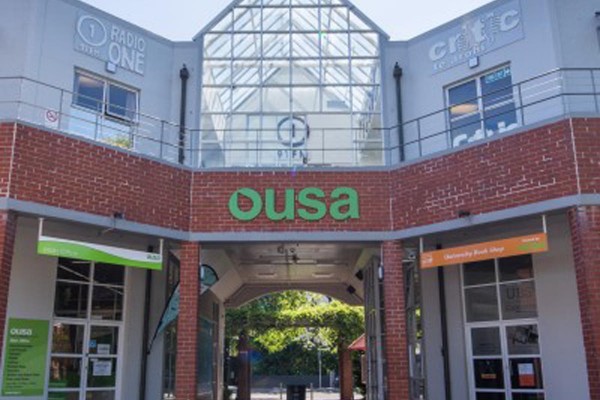 OUSA’s Referendum opens 9am Monday. Even though they rejected some of our best questions, like “Should the Clubs and Societies building be turned into a big old gay bar?” and “Should OUSA adopt the stegosaurus as its official dinosaur?” you should still vote. For those of you who can’t be bothered thinking for yourselves (what up commerce students?), Critic has broken down the questions that did make it into the referendum.

1. Should the Otago University Students’ Association Annual Audited Financial Statements for the year ended 31 December 2017 be received and accepted?

Pro: It allows the association to continue functioning

Con: It would be funny watching the exec freak out

2. Should the Otago University Students’ Association Annual Report for 2017 be received and
accepted?

Pro: We can finally put 2017 behind us #RIP David Bowie

3. Should PricewaterhouseCoopers be appointed as auditors for the Otago University Students’ Association for 2018?

Con: Should anyone who still doesn’t know the price of a water house be allowed to audit anything?

4. Should Anderson Lloyd be appointed as Honorary Solicitors for the Otago University Students’ Association for 2018?

Con: They’re still a law firm (if you know what I mean)

5. Should the following amendments to the Constitution be accepted?

Section 34.2 of the Constitution be amended to delete the word “academic”

Pro: The exec wouldn’t have to look up how to spell the word “academic”

Con: They’re never going to learn if we don’t throw them in the deep end

Section 34.5 of the Constitution be amended to read “The Te Roopū Māori Representative will
present a report to the Executive each quarter.”

Pro: There would be more reports for Critic to make fun of

Con: We would have to read more reports

Add a section 6.2(e) that reads: “To remedy breaches of the Rules, in accordance with these Rules”

Pro: These are words

Con: It might encourage people to go around capitalising “rules” unnecessarily

Pro: Fewer sections in the Constitution

Con: It might be important. Not sure. We didn’t look it up.

Add a section 11.4 that reads: “All active policies must be made publically available on the
Association website” and change section numbers accordingly.

Con: Someone might steal all OUSA’s policies and start their own mind-numbing bureaucracy

Delete from section 21.2: “…generally provided that no Student General Meeting shall be held on a Friday”

Pro: Fewer sections in the Constitution

Con: Friday is the Lord’s day

Sub-sections 19.10 (c) and (d), and 6.3 (e) and (f) be removed, and that the OUSA Executive be empowered to appoint honorary solicitors and auditors without putting it to referendum.

Pro: No one in the future would have to be asked questions 3 and 4

Con: The power might (*will*) go to the exec’s heads

Con: Inclusivity might lead to certain people thinking they have the same rights as white hetero men

6. Should the Association Secretary, Donna Jones, be re-appointed for a fixed-term of four (4)
Years?

Pro: Donna is the best person ever and she’s lovely and we love her

7. Should OUSA support the establishment of an on-campus Marae?

Pro: We don’t know what SLA stands for

9. Should OUSA run a campaign against bullying?

Pro: Bullying is bad for the victims

Con: Bullying is fun for the perpetrators

10. Should OUSA directly ask the Education Minister, “Will you wipe all student loan debt by
2025?”

Pro: He might say “What a nice idea” and then wander away to eat a scone

Con: He might put his fingers in his ears and go “lalalalalala”

11. Should OUSA advocate for the University to implement a composting system on campus?

Con: Both the compost and the environmental people will smell bad

12. Should OUSA support science and health based education on safe student drug use?

Pro: Science and health are both things

Con: Education is boring enough, we don’t need to bring scientists into it. Also, why aren’t we supporting spiritualist based education around drug use?

13. Should OUSA officially endorse a change from the current Misuse of Drugs Act of 1975 in
favour of a health-based approach?

Pro: Josh Smythe will probably give us all free drugs in celebration

Con: Who likes being healthy? It sucks.

14. Should OUSA officially endorse the complete legalisation of marijuana in New Zealand?

Pro: Would help me buy weed. I can’t find a decent dealer. If you know someone, please email editor@odt.co.nz

Con: We couldn’t think of one

15. Should OUSA amend its current policy to prohibit election tickets to be formed (groups of two or more candidates running alongside and endorsing one another's campaigns) for Executive elections?

Con: It might reduce exec infighting, which is fun to watch

Pro: There have now been four questions asking the same thing about drugs.

Con: Many students are very supportive of drug-related harm.

17. Should OUSA set up a subsidiary company to invest in flats in the North Dunedin area as a way to diversify revenue streams?

Pro: OUSA will talk for ages about getting you a microwave, which will make you feel valued

Con: OUSA will hold boring meetings in your flat and not grant you speaking rights

18. Should OUSA support a soft plastic recycling scheme on campus?

Pro: Schemes are only a few steps away from cunning plans

Con: Hard plastics might get jealous and want their own scheme

19. Should OUSA support the sale of alcohol in the Union food court and Union Common Room areas?

Con: Might hinder the free distribution of beer after the revolution

20. Should OUSA formally support and lobby the University to provide recordings for all lectures?

Pro: No one will ever have to go to class

Con: No one will ever watch the recordings

21. Should OUSA lobby the University to fund flu vaccinations for all students?

Pro: There won’t be any sick people

Con: All your enemies might get sick and die

22. Should OUSA commit to continuing the free breakfast through 2019?

23. Should OUSA expand the Hyde Street Party to increase capacity?

Pro: Then you could expand the Hyde Street Party to a political party and take over the government.

24. Should OUSA lobby the University and Private residential colleges to offer discounted rent to Residential Assistants, so that their pay will entirely cover accommodation costs?

Pro: The university would actually respect them as people and pay them as they deserve

Con: The university would have to do a good thing

25. Should OUSA support and lobby for the repeal of the voluntary student membership of
students’ associations implemented by the Education (Freedom of Association) Amendments
Act 2011?

Con: David Seymour would get an erection

26. Should OUSA include a Pacific representative on the Executive?

Pro: It would be very nice

Con: Another human being has to sit through exec meetings