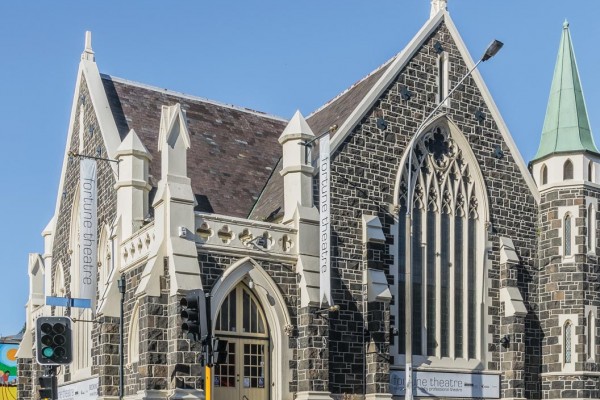 Students expressed their sadness last week as the Fortune Theatre, Dunedin’s only professional theatre, closed permanently, as it was no longer financially viable. The theatre will cancel all its current and future shows, and close its facilities to outside groups.

“We have looked at many different avenues to avert closure, however theatres and their audiences have changed over the years and we must now take stock,” said Fortune Board of Trustees Chair Haley van Leeuwen.

George Wallace, ex-Fortune employee, told Critic, “This is a dark day for the arts in Dunedin and the ripples will be felt through the whole country.”

The Fortune had a close relationship with the university and with students. The Theatre Studies department had internship programmes with the theatre, and many ex-Otago students went on to work at the theatre professionally. The space was regularly used by student groups, like student improv troupe Improsauras, who performed shows in the theatre fortnightly.

Orion Carey-Clark, Theatre student, said that the closure was “shocking and frustrating, also quite disappointing. It’s understandable that any business should close because the model is no longer financially viable, but it feels like that shouldn’t apply to the Fortune, which plays a much wider role than just a ‘professional theatre business’ in Dunedin’s art community.”

“Fortune took on so many interns and gave so many opportunities to directors, playwrights, budding lighting designers etc. It’s always had such momentum and lots of faces coming through it.”

“I know fuck all about the budget allocation DCC provides the Fortune/arts in Dunedin. But when it comes down to it, the creative and cultural capital that the Fortune creates has been deemed less important than the economic value it generates. And so the resulting cull of our only professional theatre is apparently unavoidable after an ‘exhaustive process’ of trying to do everything else? Idk man. Like fucking invest in the culture of your city. That’s all you need to do and then all of us will do the rest and make things.”

The Dunedin City Council, as well as the government, did support the theatre financially, giving it over $100,000 a year in grants over the last five years.

Dave Cull, Dunedin’s Mayor, said that “Unfortunately, despite this support, the Fortune Board has made the decision that the theatre, in its current form, is not financially viable.”

“In the light of the Fortune’s closure we have already approached Creative New Zealand about a study looking at the opportunities for Dunedin’s performing arts. This would also consider the role of the former Sammy’s building.”