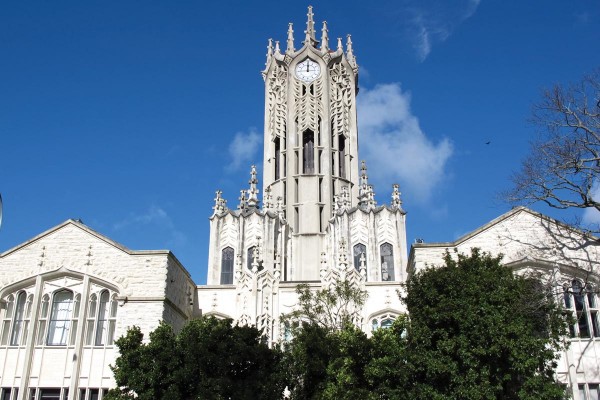 “This job has been crushing”

Isabella Francis told Critic she resigned from her second year as Queer Rights Officer because she felt the leadership of AUSA “were undermining the Association and the Executive by not meeting deadlines, communicating, or writing policy”.

“Poor management” has led to AUSA “lurching from one time-pressured crisis to another,” she said in her resignation letter. She also said AUSA was an environment where “even routine things [were] done at the last-minute and urgently because deadlines weren't met or even acknowledged”.

The Queer Rights Officer portfolio is 10-hours a week, but Francis was spending “20-30 hours” a week “doing other people's work”. She says, “after I accepted that I couldn’t work” like this, “I just stopped. However, since then, almost no efforts have been made” to pick up the slack.

Welfare Vice-President Isabel Holm said in her resignation letter, “this job has been crushing,” and that the “role is not sustainable. It is unreasonable to expect a student to take on the work of at least one full-time job” and “expect them to be a functioning governor of a multi-million dollar organisation.”

The Welfare Vice-President role is 20 hours, but Holm said it has expanded over time to “easily fill a 40 hour role”.

Holm is a full-time mathematics honours student, and her job description included thirty-two specific roles, which she felt was impossible to complete in her hours. Her jobs included administering five grants, advertising welfare services, running events, co-ordinating volunteers, advocacy for students in need, and sitting on ten different working groups and committees.

Holm said there was “not enough professional support in place” to do the job right. She felt “guilty” and unable to help the “students who approached me in a dire situation that I have been unable to help”.

“I wish I could be superhuman enough to stick it out in spite of this, but it’s time for me to admit defeat.”

Anna Cusack, AUSA President, told Critic that “we were very sad to lose both our Welfare Vice-President and Queer Rights Officer from our executive, but we also understand why they left. The Welfare Vice President role has become far more than a 20-hour a week role.”

She said that AUSA are moving to reduce the pressure on the positions following the resignations, including hiring a 10-hour a week welfare support staff member and reducing the responsibilities of the roles. “We absolutely acknowledge that AUSA needs to become a more sustainable organisation, and we are working hard to make that happen.”

Clarke says she “averages 28 hours a week, for a role in which I’m only paid for 20. I’m studying part time, because I couldn’t study Masters full time and work as the Welfare Officer, but that means I don’t get StudyLink, so I have to work a second job to live.”

“This role deals with so many stressful issues, and there is so much negativity for not always doing a little bit more, that it’s suffocating. People expect me to be the expert on these issues, people expect me to be infallible, and that’s just not possible for a student. These problems are problems for all Welfare Officers. When I ran for election, I was told every Welfare Officer experiences significant mental health issues over their term, most having to seek professional help as a result.”

Isabella Francis recommends that AUSA takes on “at least one more full-time employee” to ease strain. “AUSA is an important organisation at [Auckland] university – we are … caregivers and representatives of our student body. I feel that we are not adequately fulfilling this responsibility because we are constantly dealing with internal issues that could have been avoided with some forethought and planning.”

In their resignation letters both Isabel and Isabella apologised to whoever has to take over their roles. Isabella Francis told Critic she’d “also like to apologise to the members of my community that I am letting down by resigning - the part of my job that was the most rewarding was actually doing things for queer students, and I'm sad that I had to stop that because of internal issues.”

Critic would like to point out the irony of student welfare being in the hands of students whose welfare isn’t being taken care of.