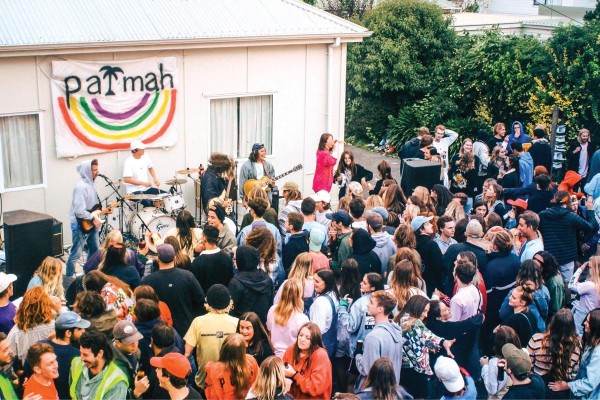 A student-run party to raise money for the Dunedin Wildlife Hospital went ahead last week despite the Proctor’s attempts to shut it down.

Pedro, one of the organisers, told Critic that he went to see the Proctor to gain the University’s approval for the party, and that the Proctor “just pretty much shut down all our ideas straightaway without really giving it any thought or any reasoning,” before telling them the event couldn’t exist and emailing the landlords of the properties they were going to use and to shut it down.

When asked for comment, a University spokesman said, “The event planner advised they would provide three or four security guards for the event. However, nothing was arranged in relation to emergency services, glass or rubbish collection, toilets or managing crowd numbers”.

The residents dispute this, saying that they had been planning the event months in advance and presented the Proctor with a detailed safety plan, including five security guards, a rubbish scheme, crowd barriers, and a no-glass policy. “There was no chance that anyone was going on roofs, we had the rules set out very clearly, but he just wrote off everything we said.”

The organisers had organised “some of the best local bands” to play, including Mako Road, Mild Orange, Old Boy, and Dislocate, and had set up a proper stage, spending $1000 on speakers.

The University spokesperson also said “The event would have breached the Sale and Supply of Alcohol Act in that it was providing a place of resort, therefore putting the organisers in jeopardy of possible police prosecution”.

This appears to be referencing section 235 of the Act. There has never been a conviction for a residential party under this law in New Zealand.

Pedro said the organisers only approached the uni because they wanted “some Campus Watch watching over, just to have them there and make sure everything was sweet. We didn’t need them because we had five security guards, but it would have been nice to have the uni on our side”.

The whole purpose of the event was “as a fundraiser to thank the people of Dunedin for supporting” students. “We were trying to present a positive image for students,” showing that they can give back to the community. “It’s almost as though he didn’t listen to a word we said and just saw it was a party,” said Pedro, “which was pretty draining”.

The University spokesperson said “The balcony collapse incident in 2016 as a result of a pop up party sadly demonstrated how such events can go catastrophically wrong, with life time consequences for some of the victims. The University makes no apologies for doing its absolute best to keep students safe”.

The Proctor reportedly sent emails to “every single person you could pretty much send an email to” to try and stop the event. Pedro says that the emails were “super disrespectful,” claiming that the event “was incredibly poorly planned, and that there were no safety precautions or anything involved and that it was going to be a disaster”.

The event went ahead anyway because “we were going to throw the party regardless of what he said”. They organised the event on the sly at a different location, only told people the day before, and sent out invitations privately through Facebook. Pedro said that the event, which was attended by 300-400 people at its height, went “super smoothly; there were no injuries, nothing went wrong. Everyone frothed it”.

At one point Campus Watch came along and “they said everything looked perfect and just left, didn’t even stick around”.

Pedro called the Proctor’s actions “ridiculous”. “We tried to approach him with a sensible thing and he just shut it down.”

Pedro says that the organisers are planning on doing another event, “more open invite,” later on in the year when it gets warmer. He said that he’s “definitely keen to do it again,” but that “in the future I’ll never consider going to the Proctor”.