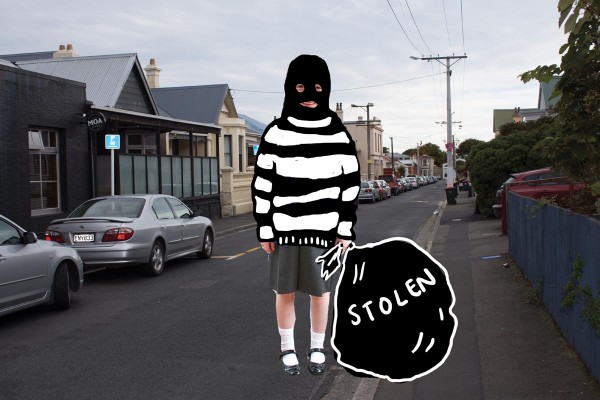 Hyde Street resident Sam Gallagher, says he is “pissed” after having a Playstation 4 and an Xbox One stolen from his flat.

After “a big night” out on the piss, he got home and went to bed, but couldn’t sleep because he “accidentally drank pre-workout drink”. “So I got up around 4am to play a bit of Fortnite, and the consoles were gone.”  He was unsure whether the breaking had occurred while he was out, or after he and his flatmates went to bed.

The doors were locked and there was no sign of forced entry. Sam called the police who did “the classic blame the students thing and said that we’d must have left the door open”.

Sam emphasised the stupidity of the burglar, saying that they didn’t take any of the cords or controllers. He pointed out that the consoles aren’t usable without the cables and controllers “and that’ll run you a good 50 bucks each,” and if they turn up on Otago Flatting Goods they’re going to look “stolen as fuck”.

Sam blames non-students, who come into the student area specifically to steal from students. “Students don’t steal from other students,” he said, arguing that students feel compassion for other students in the same financial need.

Sam also says that there’s a culture where people think it’s ok to just wander into flats on Hyde as if they’re public property, but that in the end “we live here,” and that this trespassing is very irritating.

Sam posted in the Hyde Residents Facebook Group asking if any other people had been robbed over the weekend. One resident replied that they’d woken up with a stranger in their house, and Sam also said that someone he knew had found a stranger hanging around inside their flat, who said “Oh sorry, I didn’t think anyone was home” after getting caught, and quickly left.

University of Otago Proctor Dave Scott said that while the University puts effort into student safety, including CCTV cameras and Campus Watch, “some students still need to take greater personal responsibility for their flat security. This can be as simple as shutting and locking their front and rear doors”.

“The frustrating thing is that there is a known problem, but even in the face of knowing there is risk, often no proactive action is taken. The matters described are often opportunistic thefts. If the opportunity is removed, then the theft does not occur.”

Critic thinks the University should invest in a bounty hunter system.