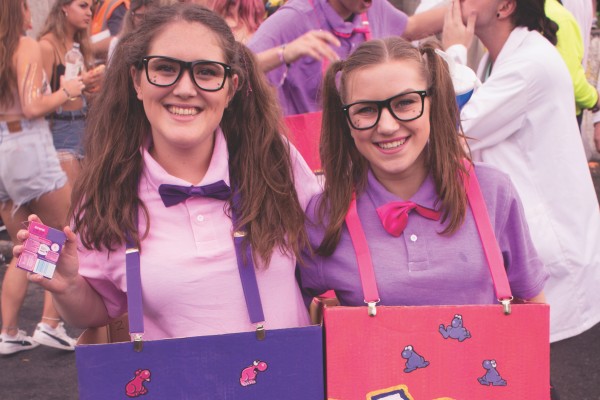 You still gotta buy your own beers though.

Ticket prices for the Hyde Street Party are increasing this year as OUSA make the event financially independent.

OUSA Events Manager Jason Schroeder says that OUSA have “moved the event to a ‘User pays’ model. This means that all costs of the event are covered by those attending and the event is not subsidised by other students or city ratepayers, as it has been in past years.”

The ticket price will now fully cover “event infrastructure, safety measures, the ticketing system and website, waste management and street sweeping, safety teams including St John, Are You OK? and Red Frogs, traffic management, free food for all attendees, and the management of relationships between affected stakeholders and businesses.”

Tickets will also pay for the wages of all OUSA employees involved in organising the event. In the past staffing costs were essentially paid for by students through the student services fee; this year they will be fully covered by those who actually attend.

Jason says that “Hyde Street is attended by 3600 students out of a student body of 17,405. We have a commitment to provide opportunities to an incredibly diverse range of students, many of who cannot or do not want to attend Hyde Street. In the past the real cost of running Hyde street has been subsidised by these students.”

In the past OUSA has applied for funding from the DCC for waste management, but have not applied this year as “rate payers should not be funding this event”. They hope this will help change the perception of the event among Dunedin residents. In another effort to positively spin the event, $1 from every ticket will also be donated to a range of charities.

Tickets for the event will be distributed by lottery again this year. Despite some rumours that third years would be prioritised over second years, Jason confirmed that the lottery is “a random number generator; it’s a genuine lottery”.

OUSA took over running Hyde Street in 2013 to prevent the DCC shutting the event down after a roof collapse in 2012. Since then the number of injuries and arrests at the event has consistently declined, with only ten arrests and no hospitalisations in 2017.

Jason confirmed that first years will still be unable to attend the event, and will instead be encouraged to watch Alvin and the Chipmunks: Chipwrecked in their school auditorium.