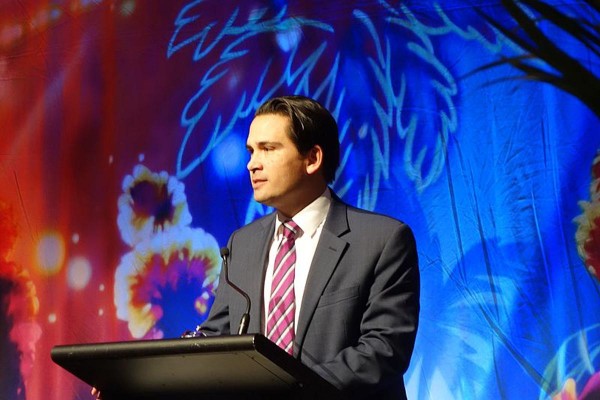 Opinion: National Made the Boring Choice

As Labour’s poll numbers rocket up to 48%, National has elected Simon Bridges as their new Leader, in an attempt to resuscitate both their polling and their chances for the next election.

Sadly, moderate candidate Amy Adams missed out. Adams doesn’t put herself up high just because she’s an MP or a Minister (take note, Winnie), as shown by her woman-of-the-people modus operandi of meeting constituents in local cafés. She was the frother who took the hair of the dog when National was still hungover from their election balls-up, lodging a private member’s bill to further extend the flexibility of paid parental leave, an idea that earned considerable public support. She also voted to legalize same-sex marriage, showing that a) she actually has a soul, unlike some MPs one could name (sup Dave Seymour) and b) she’s a good strategist, capable of attracting swing voters. Her political flexibility and appealing centrism proves that she was the best candidate to replace Boring Bill.

However, the majority of National MPs chose Simon Bridges, a dinosaur conservative who voted against same-sex marriage.

Will National win the next election with Bridges at the helm? Spoiler alert: no.

Apparently next election will be the War of Charisma: the 39 year old Prime Minister with a fishy-smelling partner, a young heir and a dead cat versus the 41 year old “young” man with a young family.

Ardern will fancy her chances. Labour’s polling-boner didn’t happen by chance; Ardern and her team offer economic hope to people, and she doesn’t have a ponytail kink (that we know of).

What about Simon Bridges? National is gradually falling in the polls. Although they managed the economy well-ish, and Simon looks good (kind of), National’s legacy basically consists of deep-rooted social issues like poverty, unaffordable housing, and shitty healthcare.

We don’t need the Leader of the Opposition to say “Yo. Ardern is stealing money from down the back of the national couch! The government will go bankrupt!” Instead, we need a politician with new ideas and a new vision. Like Ardern, who’s working on those aforesaid issues. See, for example, her slashing of tuition fees for first years (welcome to all you filthy freshers. My student loan is 80k, not that I’m dark).

Simon Bridges and National were once the future. Hopefully they don’t burn any bridges (ha) in opposition.