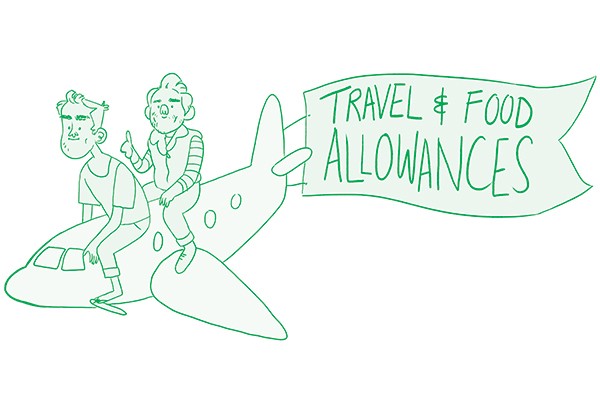 Keeping tabs on the Exec | Issue 24

The executive, who were joined by several of the successful candidates from the recent election, began with their ‘Executive Quick Round Up’. OUSA President Hugh Baird mentioned he has attended several important meetings recently, including with the Proctor and Dunedin City Council, the CEO of Foodstuffs, the owner of Leith Liquorland, University of Otago Chaplain Greg Hughson, and the Otago Daily Times. No specific detail of any of these meetings was discussed at any length.

Baird then spoke to the Executive about a motion passed at a previous meeting in relation to OUSA referenda being binding, which included the requirement of a 67 percent positive majority vote to make it so. It seemed as though the executive were hoping to implement these changes for the upcoming referendum (9-11 October), however Baird informed the members that they “constitutionally can’t do it,” because clause 51.1 of OUSA’s constitution states that, “all motions require positive votes of at least half of the total number of members voting”. The group can move another motion to amend this clause to allow the association to adopt the desired changes if they so wish.

Administrative Vice-President William Guy then spoke about the current executive travel policy, following preliminary discussion at an earlier Policy Committee meeting. The travel policy provides an accommodation allowance of $100 per night and a food allowance of $40 per day when members of the executive are away on OUSA related trips. Guy said that most members stay at backpackers, but asked whether that was a reasonable expectation to have. In the Policy Committee meeting, Finance Officer Cody Kirby said that if “people want to stay at an accommodation that is more than $100 then they should cover the rest of the costs [themselves]”. Guy said that raising the allowance to $120 to account for inflation is reasonable, but was then asked by Colleges Officer James Heath whether that figure was simply pulled “out of thin air” or whether it was a “proper figure,” to which Guy said it was “just a 20 percent increase,” and he would look into it further.

The executive receive a $40 a day food allowance if they are away from Dunedin for at least one night. Current Recreation Officer and President-elect Caitlin Barlow-Groome had concerns over any changes to the policy, believing that paying food costs just for a day trip is not necessary, however most of the members didn’t agree, with CEO Debbie Downs reminding her that it is a “legitimate business expense”. Welfare Officer Danielle Pope revealed her thoughts on the issue at the earlier Policy Committee meeting, believing that “$40 should be enough for meals as that could last people two days”. Both matters will be raised at the next meeting, where a motion from the Chairperson (which is the OUSA president) will likely be put to the executive to decide.

Postgraduate Officer Lucy Northwood wanted a “massive thank you to Te Roopū Māori for the fantastic work they did during Māori Language Week” minuted, going on to say she “wants the whole world to know how great they are”.

James Heath said “the OUSA designer [Anthony Doornbos] has done a bloody good job on designing the posters for ‘Froth Fest’,” an OUSA event described as the “final blowout to send 2017 off in style”.

William Guy then said another “huge thank you” to OUSA Returning Officer Kyla Mullen and OUSA Secretary Donna Jones for their work during the recent association elections.