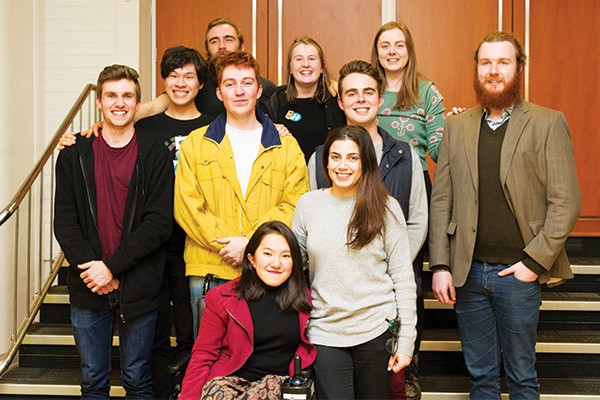 The ‘Unity’ ticket managed a clean sweep of the entirety of the OUSA Executive’s ten hour positions, with a conclusive margin of at least 20 percent in each.

Kirio Birks ran unopposed to a 67 percent margin win over the pink-spotted ‘no confidence’ apple. He said he was, “happy with my result ... but gutted that Bryn [Jenkins], Finn [Shewell] and Cody [Kirby] didn’t get in, I love all of them.”

“I would wish we’d all got in, but if we didn’t, that’s fine; I’ll work with everyone else.”

The position of Recreation Officer was another unopposed position, won by Josh Smythe, with an almost identical margin of victory to Birks. He told Critic, “I am really stoked right now. Recreation has seriously shaped my life. It has made me who I am today, and given me a host of skills. They [the voters] could’ve gone for no-confidence, so I was really keen to get the final result.”

“I’m good friends with Caitlin [Barlow-Groome, 2018 OUSA President] and I’m really looking forward to getting to know the other members, and figuring out what we want to bring to the university and how we’re going to do it.”

Roger Yan, who won the position of Campaigns Officer over the ‘Justice Through Solidarity’ candidate Angus Wilson, was by far the most overtly pleased with his success. He said it has been, “such a wild ride, oh my god, you have no idea. So happy. I am so happy with all of the candidates, truly I am. I can’t wait to work with such a great lineup of people. Words cannot express just how pleased I am with everyone who won. Massive shoutout to everyone, especially Bryn and Finn ... none of this could have been possible without them.”

The largest margin of victory was in the International Officer race, in which Umi Asaka gained 63 percent of the in comparison to the only other candidate running, Shivankar Nair, who finished on 31 percent.

“I’m honoured to be International Officer [for 2018],” Asaka told Critic. “I really wanted Finn to be President and Bryn to be Vice President, [but] I will be looking forward to working with all the people who got in and to make it the best year next year.”