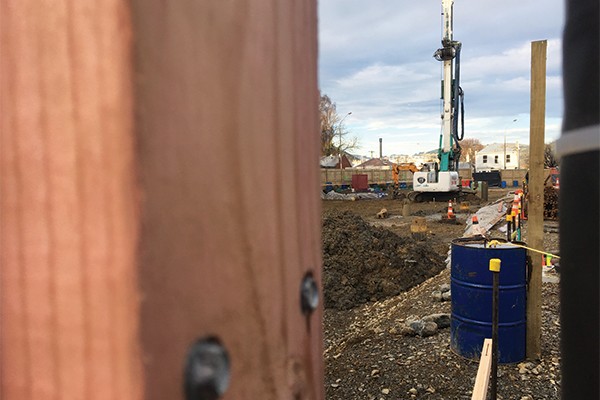 Over 70,000 animals have died in research at the  university over the past five years.

Figures released to Critic under the Official Information Act show that between 2012 and 2016 the University used 89,680 live animals for research purposes. 71,496 of those (80 per cent) were euthanised after the research was complete.

Mice accounted for 43 per cent of all animals used, followed by fish (21 per cent) and rats (20 per cent). Others on board the Noah’s Ark of death included pigeons, octopuses, pigs, and the proverbial guinea pigs.

The figures, required by the Ministry for Primary Industries, only include live animals used in research. The university also conducts research on dead tissue, but it is not legally required to report statistics on the number of animals killed for this purpose.

The last time the university released equivalent data was in 2012. Those figures showed that more than 50,000 animals were used over the two-year period of 2009-10 — almost double the volume of 2015-16 and further evidence of an overall decline in animal research.

Deputy Vice-Chancellor (Research) Professor Richard Blaikie would not be drawn on the reasons for the apparent decline, but reiterated the university’s commitment to the “three Rs” of animal research (reduction, refinement, replacement).

Oska Rego, the President of the Otago Student Animal Legal Defence Fund, welcomed the decline but doubted it reflected any conscious effort by the university to reduce, refine and replace animal-based research.

Rego said that the university’s decision to build a new $50 million animal research centre on Great King Street showed it has “committed to investing large sums of money in animal-based research,” which he said “shows a lack of foresight”.

A waste of money?

The university has said that a new animal research centre is required as existing facilities are wearing out and will soon need replacing.

However, if animal-based research continues to decline it is unclear whether the centre will be used to capacity, potentially raising the prospect of a $50 million boondoggle.

He added that the centre “has been carefully designed to be a multipurpose facility with space that can be reconfigured or repurposed in coming years and decades, should changing circumstances dictate such needs.”

A “culture of secrecy”

The university has come under consistent fire for a lack of student consultation on the centre, with Rego slamming the university for “fostering a culture of secrecy”.

The plans were announced last May as a fait accompli, and the university has not formally consulted the student body nor has it sought to canvass student opinion on the issue.

Blaikie told Critic that the facility was announced at the “earliest stage in the full knowledge that such openness would likely lead to vigorous debate,” and that the university has met with individual students who oppose the centre. Blaikie also noted that the centre was approved by the University Council, which has a student representative.

An OUSA referendum calling on the university to halt construction on the facility until it has consulted with students passed in May by a tiny margin (50.7 per cent to 49.3 per cent).

As indicated by the result, many Otago students support the new facility. ATOM, the association for science students, told Critic that it had discussed the facility with its members, and found they were “excited for the opportunities the upgraded facility will provide for students and researchers alike”.

OUSA President Hugh Baird said that, while he is personally in favour of the new centre, he believes it is “important that people who have pretty strong views on this are heard”.

In the wake of the referendum, Rego and Baird will meet with the university together to share their concerns.

Although construction on the centre will go ahead regardless, other concessions may be on the table. Baird and the university have recently discussed the possibility of a student seat on the Animal Ethics Committee, which oversees all ethical approval decisions for animal-based research.