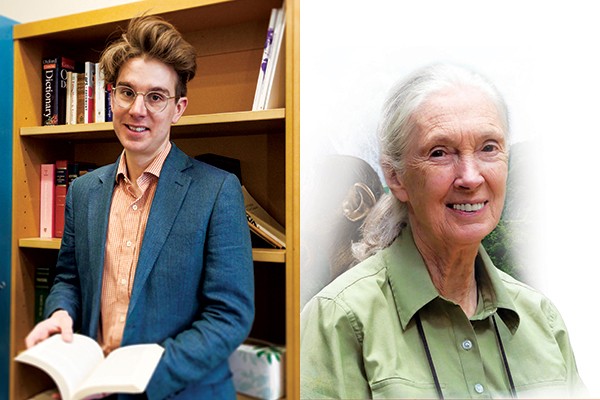 On 1 July, the New Zealand Animal Law Association (NZALA) hosted New Zealand's first ever animal law conference at the AUT campus in Auckland. Dr Jane Goodall set the scene, providing perspective on why the legal community must do more to advocate for animals. She focused on compassion. “We need to link up our intellectual brains with our human hearts. We need to be compassionate people.”

NZALA President Danielle Duffield provided an overview of the Animal Welfare Act 1999. She outlined how it ostensibly provides for 'five freedoms' in relation to animals: proper and sufficient food and water, adequate shelter, the opportunity to display normal patterns of behaviour, physical handling that minimises unreasonable or unnecessary pain or distress, and protection from significant injury or disease. However, 18 codes of welfare set minimum standards that allow intensive animal use and undermine the five freedoms.

Duffield conceptualised this as a rule of law issue – 98% of domesticated animals are farmed animals; who are prevented from exhibiting natural behaviours. A law that arbitrarily only protects 2 percent of the population is inconsistent with the principle that laws should apply consistently across society.

Next, an expert panel discussed criminal prosecutions relating to animals. Manukau Crown Solicitor Natalie Walker discussed acknowledging the strongly-evidenced link between animal abuse and domestic violence. The Department of Conservation’s Mike Bodie discussed prosecutions from a conservation perspective. He considered how descriptive legal submissions and the use of photographs are important tools for helping judges understand the significance of offences committed against animals. Finally, Nicky Wynne, a prosecutor who has regularly appeared on behalf of the SPCA, noted that animal welfare offences are starting to be punished with much higher fines and longer imprisonment times, reflecting growing condemnation of animal cruelty.

The Honourable Michael Kirby AC CMG, former judge of the Australian High Court, began his keynote address by stating that “all of us have a long way to go in achieving human rights, human dignity, and the dignity and rights of animals. That is why we are gathered together in Auckland to consider one of the great issues of the world.” He discussed the UN’s advances in achieving universal human rights, and the connection between such endeavours and the new ethical frontier – human treatment of animals. He considered New Zealand's animal welfare law to be "strong on symbolism, strong on values, not strong on implementation". He finished with “10 animal welfare commandments”:

Marcelo Rodriguez Ferrere of the University of Otago discussed animal sentience, which is recognised in the long title of the Animal Welfare Act. This recognition was the first of its kind, but is seen as more symbolic than substantive. MPI has specifically recognised that the inclusion of ‘sentience’ in the Act does not impact on any rights, duties or obligations. The recent Court of Appeal case Erikson vs. MPI was the perfect opportunity for sentience to be discussed, but it was instead ignored. This case distinguished between companion animals and farm animals, asserting that "rational differences must be acknowledged”. This counters the idea of sentience, which cannot be said to apply to some animals more than others on the basis of how humans use them. Rodriguez Ferrere’s view is that genuine adoption of sentience as a "core criterion” would “require a paradigm shift".

Vernon Tava, of the Waitemata local board, analysed legal standing. He discussed the constitutional rights afforded to nature in Bolivia and Ecuador and how, in Aotearoa, legal personhood has been attached to Te Urewera and the Whanganui River. Tava provoked thought as to how such an approach might be adopted to improve legal protection of animals. He then joined Duffield, Rodriguez Ferrere, and SPCA Chief Scientific Officer Arnja Dale to discuss animal law reform. Animal welfare was characterised as an "invisible topic" in the political realm. Moral leadership from politicians in this area requires a strengthening of public opinion. Inspiring such sentiment and action is part of what the conference aimed to achieve, by bringing together almost 300 students, lawyers and other practitioners to discuss legal advocacy for animals.

In September, the annual Animal Law Week will be held in Dunedin. A series of events, including some presented by the experts from the conference, will hopefully help grow public understanding of animal issues, and how change can be achieved. See www.facebook.com/OtagoStudentAnimalLegalDefenseFund for more information.