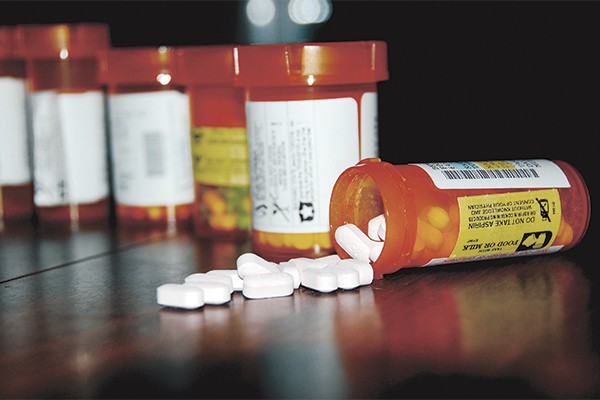 An Otago Medical Anthropologist, Dr Geoff Noller, has conducted a study in New Zealand into the controversial use of ibogaine in treating opioid dependency.

Ibogaine is a plant-alkaloid derived psychoactive substance. It has been toted as an alternative medicine treatment for drug addiction, although the powerful psychotropic aspects of the drug has meant that research, and therefore statistics, either for or against its therapeutic use, are lacking.

Said to facilitate recovery due to its psychoactive properties, Noller states this study has empirically demonstrated reductions in cravings and withdrawal symptoms in recovering addicts. The drug is a powerful psychotropic, which, coupled with the oneiric, or dream-inducing effects of the drug, promotes visions. The visions prompt a review of life for the treatment subject, which then supposedly allows insight into their drug dependency.

Temporal connections to treatment fatalities have beleaguered the psychotropic drug. Data suggests fatalities have occurred in approximately 0.5 percent of 4,500 treatment subjects worldwide either during, or immediately following, post-treatment with ibogaine. This has resulted in international contention surrounding its use. While it is scheduled as an illicit drug in much of the world, MedSafe gave the drug ‘non-approved’ status in New Zealand in 2011, meaning the drug is available on-prescription through general practitioners.

The study involved 14 subjects with opioid dependence. Seven of who were opioid free 12 months post-treatment. Additionally, significant reductions in withdrawal symptoms were noted, alongside elevated mood.

There are suggestions that the drug could be used to treat synthetic drug addiction. The study appears pertinent in New Zealand, which has one of the highest drug use rates in the world, with methadone (a synthetically-manufactured drug) being the most common intravenously administered drug used to treat opioid dependence in New Zealand.

Synthetic legal high kingpin Matt Bowden, through the Multidisciplinary Association of Psychedelic Studies (MAPS), funded the study into therapeutic use of the drug. This was held concurrently with a similar study in Mexico, whose funding also stemmed from MAPS.

Following two successful case studies of the drug’s therapeutic use in Dunedin, Dr Noller attended MAPS's biennial conference on Psychedelic Science, in Oakland, America earlier this year. At the conference, Dr Noller featured on a panel giving insight into contemporary research on the use of ibogaine. Professor Paul Glue (Otago School of Medicine), who has contributed to ibogaine studies in the last 15 years, accompanied Dr Noller to the conference. The study’s success has prompted support for further research to be given, to improve clinical outcomes in treating opioid drug dependence.