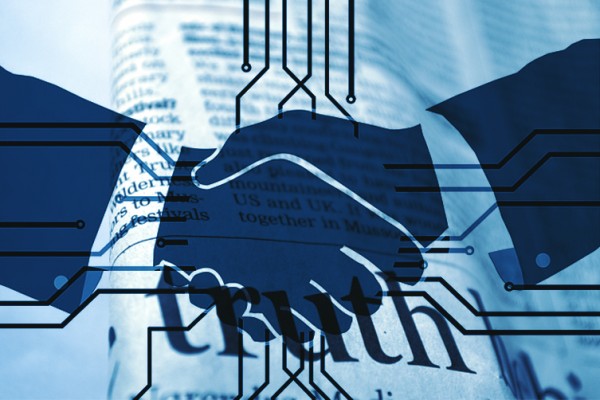 The authorisation for a merger between media companies NZME and Fairfax has been declined by the Commerce Commission.

The decision came after a year of lobbying and speculation involving some of the country’s largest media brands. NZME’s subsidiaries include the NZ Herald and Newstalk ZB, whereas Fairfax includes The Press, the Dominion Post, as well as stuff.co.nz.

The intention of the merger was to bring two of New Zealand’s largest newspaper networks and their corresponding online sites under a common ownership. The decision is seen by some to be disappointing, and Fairfax has reported they may cut their newspaper circulation in light of this decision. Four editorial jobs were lost from Fairfax’s Marlborough Express when, on May 1, publishing was reduced down to three days a week, as daily online news was deemed more favourable.

In November last year, the Commerce Commission released their preliminary view stating that the merger would act to lessen competition in advertising and reader markets. In particular it would affect Sunday newspapers, online news, and the community newspapers of 10 regions, as well as not being of any great benefit to the public. The commission’s views have not changed markedly in the six months since those views were released and formed the premise of the decision.

If the merger were given the go-ahead, the new corporation would have direct control of the largest network of journalists in the country, giving one entity control over approximately 90 percent of New Zealand print media. Their reach would extend to at least 3.7 million New Zealanders controlling a massive share of the news that is read, watched, or listened to by a majority of our citizens.

According to scoop.co.nz, the fact that a single organisation could have that much control and influence over news and political agendas was cited by the commission as a risk, and as potentially harmful to democracy and the general public.

The decision was delayed for the second time in March this year after research was submitted that indicated more journalists would keep their jobs, particularly in provincial towns, if the merger was approved. Despite the commission recognising that the two media operations have a difficult challenge as they try to transition from traditional publications to an online variation, the merger could realistically extend the lifespan of some newspapers and lead to significant cost savings. However, they ultimately remained wary of the amount of power this would give a single media entity.

However, there are many who are unhappy with the decision, believing that the merger would have been better for the future of journalism. Many consider the future of the newspaper industry to be extremely precarious, with cuts being inevitable, as well as the folding of newspapers, especially in smaller markets as print products diminish in number and comprehensiveness.