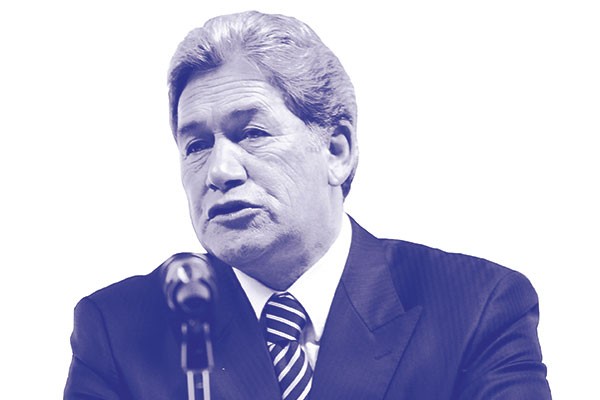 Winnie Blues: Winston Peters on Yet Another Anti-Immigration Rant

Winston Peters has targeted international students in his latest crusade on immigration, calling on the government to get rid of rules that allow foreign students to earn work visas and permanent residency after completing their qualifications.

“We’re going to restore the integrity of our export education policy,” Peters told the AM Show, “Which was, an economy pays New Zealand to educate their student and when they’re finished they go home.”

He claimed that rules had been expanded because the quality of New Zealand tertiary institutions has suffered “when our education system began to falter against international competition, and we offered the incentive of being allowed to stay so that one in five or more can stay now. That wasn’t to help our economy, that was to allow some appallingly second and third-rate education institutions to carry on their business.”

This comes after official papers acquired from the Ministry of Immigration warned of an unprecedented rise in international students. The Government had set targets to generate $5 billion in revenue from international students this year, but Ministry officials feared this would cause the number of ‘Skilled Migrant’ residencies to exceed their allowed limit.

Under old rules, a former student with a tertiary qualification who was under 30 and had a job offer on the table would satisfy the 140 points required to qualify for ‘Skilled Migrant’ status. Ministry officials pointed out that “a 50-year-old Chief Technology Officer recruited from offshore with a job offer for $120,000 and 25 years of industry experience, who holds a diploma qualification, would only be eligible for 135 points."

In response to this advice, Woodhouse adjusted requirements to 160 instead of 140 points, enforced a stricter English language test, and halted the practise of allowing new immigrants to bring their parents with them.

While the Government maintains that international students are a vital part of the New Zealand workforce, Peters again took the opportunity to make hyperbolic attacks, saying in a statement “This advice proves that this government is hell bent on its economic prescription of consumption borne of mass immigration and like some addict can’t get off their pathway to destruction.”

“Mr Woodhouse and his colleagues are in denial, incompetent, and economically and socially reckless. They boast of being a stable government whilst all around them are issues of economic and social destruction from serious undersupply and grossly inflated demand, which a future stable government will have to contend with. In short, they are not good economic managers but mere purveyors of propaganda seeking to justify their neo-liberal far right stupidity.”