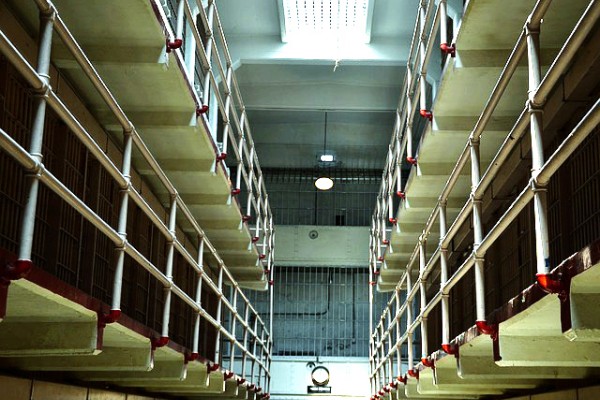 An independent report, conducted by the Human Rights Commission, has raised several serious concerns about the use of seclusion and restraint practices in New Zealand’s prison system.

The report, written by international expert Dr Sharon Shalev, “indicates that seclusion and restraint may not always be used as a last resort option, as required by international human rights law, and several of the rooms and units being used do not provide basic fixtures such as a call-bell to alert staff, a toilet, or fresh running water.”

Shalev also highlights the disproportionate use of seclusion and restraint on Maori inmates.

Corrections Minister Louise Upston assured Critic that “many of the issues in Sharon Shalev’s report have been, or are already being, addressed by Corrections, as have the recommendations.”

“I am satisfied that Corrections staff take what they see as appropriate and necessary steps to preserve the life of at-risk prisoners. The staff do an incredibly difficult job with some of the most challenging and complex prisoners. They have an obligation to public safety, the safety of their colleagues and the welfare of prisoners that can at times lead to difficult choices with very limited options.”

International human rights law is unequivocally clear on the prohibition of mistreatment of any person. For example, Article 5 of the Universal Declaration of Human Rights (UDHR) states, “No one shall be subjected to torture or to cruel, inhuman or degrading treatment or punishment.”

The report’s findings show a potential breach of New Zealand’s commitment to uphold international human rights law, such as the UDHR or the International Covenant on Civil and Political Rights, both of which New Zealand has ratified. Indeed, New Zealand has also incorporated many of these provisions into the New Zealand Bill of Rights Act, causing domestic law to also potentially be in breach as a result of the treatment of prisoners.

Chief Human Rights Commissioner David Rutherford acknowledged that “these matters are particularly concerning,” before noting that this report is “an important catalyst for further discussion about these issues … and the focus must now be on improving the situation.”

Arthur Taylor, a prisoners’ rights advocate, and current inmate at Paremoremo, said that “In most Western countries, these type of unfav-
ourable reports would lead to the resignation of the persons in charge. It is long past due for the incompetent CEO Ray Smith and his Deputy Vince Arbuckle to go.”

The Department of Corrections put Taylor in segregation for nearly 14 months. Taylor spoke of staff “deliberately leaving lights on” and providing him with “no power and no water for lengthy periods.”

The Ombudsman’s Report into Taylor’s isolation concluded that the treatment he suffered was “cruel and inhumane for the purposes of the United Nations Convention against Torture.”

The report’s findings should come as no shock to the New Zealand Government or Department of Corrections staff, as a number of other recent reports beyond Taylor’s have also raised concerns about the treatment of prisoners.

The Office of the Ombudsman’s Chief Inspector Jacki Jones, having visited a number of prisons nationwide following her appointment in 2015, found “torturous” behaviour was not as uncommon as the public might think.

Through the Crimes of Torture Act, Jones had authority to investigate the treatment of detainees in New Zealand’s prison system; she identified many instances which raised numerous issues. One involved a waist restraint that was chained to a prisoner for 21 hours a day to address his self-harming.

Corrections responded to that report by assuring New Zealanders that “Corrections takes its duty of care towards prisoners seriously and is committed to managiang all prisoners in a safe, secure, humane and effective manner.”