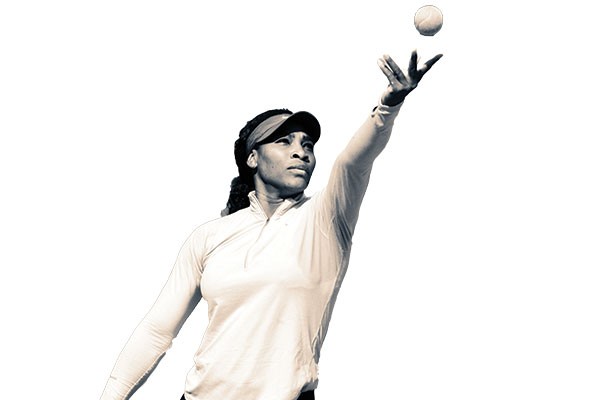 At the time of writing, organisers are tidying up the iconic Dunedin Railway Station to host the ID Fashion Week Runway Show this weekend. Having covered the Premier League, Super Rugby and cricket already this year, not wanting to talk about league because the Warriors are shit, and saving a Formula One preview for after the first weekend so I don’t make terrible predictions like I already have with other sports this year, I felt it appropriate to pay homage to the slickest sportspeople gracing the courts and pitches currently.

When anybody thinks of sports and fashion, David Beckham is inevitably one of the first names that come to mind. Having a designer wife may help, but “Becks” easily coasts between H&M casuals and Armani suits. The former Manchester United and Real Madrid star is largely credited in football circles with transcending the void between fashion and sport.

Although newcomer and teammate Odell Beckham Junior is putting some serious heat on Cruz here, he is still the style king of the NFL. Having worked with Nike to launch his signature ‘Nike Air Cruz’ sneaker, and with Givenchy as the face of the French brand’s fall/winter 2015 campaign, all while being a New York Fashion Week ambassador, Cruz is seen by many as the most stylish athlete in the world and he has the accolades to prove it, having won the Sports Illustrated award for most stylish athlete in the world for 2016. With more projects on the way, expect a few more touchdowns yet.

Not content being the GOAT of women’s tennis, Serena has dressed her way to the forefront of sports fashion. The 23-time Grand Slam winner mixes slim black dresses with her own personal Jordan shoes (a present from Michael Jordan himself after winning her 23rd). She showed her clothing line, Serena Williams Signature Statement Collection, at New York Fashion Week and, as if she needed more money post-tennis, it looks like she has plenty of options in the fashion industry should she want a cheeky dollar or two.

The self-proclaimed “King” of the NBA, LeBron matches Westbrook play-for-play off the court too. Although in a comparatively toned-down style, King James morphs like a chameleon from three-piece Tom Ford suits to John Elliott sweatsuits. The 6ft 8” four-time MVP now has his own menswear apparel store, UNKWNN, and his Nike deal will keep his great-great-grandchildren’s pockets thoroughly-lined, with a lifetime deal worth more than US$500 million.

A motor-racing trailblazer, NASCAR racer Patrick is the only woman to ever win an Indy Car race, and she’s making sharp turns away from the wheel as well, having launched her own athleisure range earlier this year.

Serious credit has to go to Allen “The Answer” Iverson for altering NBA style with his infamous baggy tracksuits and snapbacks (the NBA introduced a fairly strict dress code in 2005 as a direct result of Iverson); Westbrook is the face of the modern era in this regard. When Westbrook isn’t grabbing media attention with triple-doubles (he averages 31.4 points, 10.3 assists and 10.5 rebounds per game at the time of writing) on the court, he’s doing so almost as much off the court with his insanely unique style. With his own brand at world-renowned Barney’s and True Religion and having worked with the likes of Anna Wintour, “Russ” is breaking just as many necks off the court as he is ankles on it.

With four Ballon D’Ors (the annual award for the best footballer in the world) to his name, Ronaldo will likely go down alongside Leo Messi as one of the very best footballers to ever grace the planet. With 279 goals in 258 appearances for Real Madrid, he certainly has the credentials on the pitch to match his sharp looks off of it. Known for his sharp suits and tuxedos, often from Dolce and Gabbana, he has fronted fashion campaigns for the likes of Emporio Armani and watchmakers Jacob & Co. His iconic CR7 range with Nike is one of their all-time best sellers, and with Ronaldo on the hunt for a third consecutive Ballon D’Or this season, there’s no indication that he’ll be going away anytime soon.

Vessey has taken the track world by storm, with her snazzy one-piece lycra. When New Balance didn’t renew her contract in December 2013, she decided to go her own way, goooo heeeer oooowwwwn waaaaay, and she collaborated with fashion designer Merlin Castell to create nine original outfits. In doing so, she channeled arguably the greatest women’s sprinter of all-time, Florence Griffith Joyner (Flo Jo), with her flamboyant attire. Vessey is definitely a lot more than just a pretty face, holding a 4x800m relay gold medal from the 2015 World Relay Championships.

The £89 million man is starting to leave his mark on the English Premier League with dominant performances; meanwhile, he’s just as busy turning heads on the streets with the same flair he showed in Italy while at Juventus. Pogba is one the most recognisable figures in world sport with his bleach-blonde haircut, luxurious leather jackets and bags, and exotic prints.  Having recently graced the Hypebeast magazine cover, here’s hoping he can continue to shine as bright on the field as he is off of it.

See, I was just about to compliment Durant for his fluid and smooth style both on the court and fresh out of the wardrobe, utilising bold colours, taking a leaf out of his friend Russ’s book. Then I remembered —he isn’t Westbrook’s friend, and he isn’t a winner worthy of being on this list. He betrayed Westbrook in going to one of their biggest rivals and we have zero time for that.

Oh and in case you forgot, the Warriors blew a 3-1 lead.