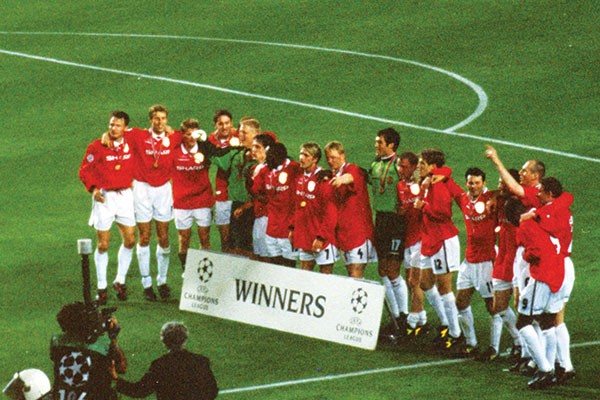 “And Solskjaer Has Won It" - Best Sporting Comebacks

Last week Barcelona completed what was, arguably, the greatest football comeback of all-time in their round-of-16 tie against Paris Saint Germain last week. Coming from 4-0 down in the first leg to scoring three goals in the final 5 minutes of the second leg and conquering the Parisian based side 6-1 on the night and 6-5 on aggregate, these are scenes seldom seen in sporting history. To celebrate here are some of the finest historical sporting comebacks:

Just six minutes in, Mario Basler curled a beautiful free kick low around the United wall and into Peter Schmeichel’s net. While United continued to dominate proceedings, no chances came and there were no changes to the score at half-time.

Then it all happened. As the third official held up the board to show three minutes of added time, United entered what would become fondly known as “Fergie Time” throughout the great Sir Alex Ferguson’s time at the club. From a corner, Beckham swung the ball in for Teddy Sheringham to eventually poke home. That wasn’t enough though, and then came one of the most iconic pieces of football commentary of all-time:

Beckham… Into Sheringham… AND SOLSKJAER HAS WON IT! Manchester United have reached the promised land!”

Don’t let the above distract you from the fact that Golden State blew a 3-1 lead. With the “Splash Brothers,” aka Steph Curry and Klay Thompson, putting LeBron and “The Land” to the sword, they travelled to Oakland for Game 5 looking to finish it off. As we all know, this wasn’t the case, as Kyrie Irving and LeBron James both dropped 41 points, drying up the Warriors in a 112-97 win. Another colossal performance from King James led to a 115-101 victory, and LeBron’s boys were on the brink of doing the unthinkable.

Enter Game 7. The only NBA Final in history where the teams entered the finale with the exact same points total after 6 games (610). Keen basketball fans will remember this game for James’s block on Iguodala, and Kyrie “Uncle Drew” Irving’s emphatic 3-pointer over the first ever unanimous MVP, Curry. After a 52-year professional sports title drought, Cleveland had reason to celebrate. 13 years after his promising entrance fresh from high school, LeBron had delivered.

28-9 down at the end of the third quarter, one of the greatest of all time, Tom Brady, looked like he was down and out along with his team. Then he kicked into gear, with the Patriots becoming the first team to win the Super Bowl without having led in regulation time.

43/62 passes for 466 yards from Brady, and 14 receptions and 20 points for White, were all Super Bowl records. Ladies and gentlemen, Tom Brady is now your NFL GOAT.

Known for his speed and technical noose, Ali took shocked onlookers by immediately taking the attack to the raw-powered Foreman. This failed to make inroads, however, as Foreman took the shots and then returned with venom. As Ali introduced the infamous “rope-a-dope” tactic in the following rounds, the balance started to topple. Foreman, the man who gave us the great grills we all have in our flats, came to have a visibly puffy face and was panting for breath.

Then it came. As Foreman continued his haymaker tactics, Ali slowly lurked forward off the rope. Landing several right hooks over his opponent’s jabs, he then closed proceedings with a swift left-right combo to the face, flooring Foreman.

“Niki had no right to be there because he was nowhere near healed. It was the most courageous thing I have ever witnessed in sport.”—Jamie Stewart, former F1 Champion. Lauda went into the 1976 Formula One season as the defending champion. He was the poster boy. Everyone wanted his crown. Ahead of the German Grand Prix, he looked all-but certain to defend his title. All he had to do was negate the Nuremberg track known as the “The Green Hell”. It was the closest thing the circuit had to a death trap.

In only the second lap, as he attempted to take a sharp corner, his Ferrari suffered a suspension failure, he clattered into the side of the track. His car was instantly engulfed in flames and Lauda was left badly burnt and his lungs filled with toxic smoke.

He slipped into a coma that evening, with doctors fearing he wouldn’t survive the night. His career was over.It was a huge surprise to everyone when, just six weeks later, a frail and weak Lauda, head heavily bandaged and face badly disfigured, arrived at the start line. With Hunt slipping off and Lauda finishing fourth, the remarkable turn was on the verge of a fairy tale. Alas, it wasn’t to be, as Hunt claimed the final race in. However Lauda’s status today is one of F1 royalty; as he went on to regain his world title in 1977 and a third time in 1984.

Tags:   and solskjaer has won it news sports