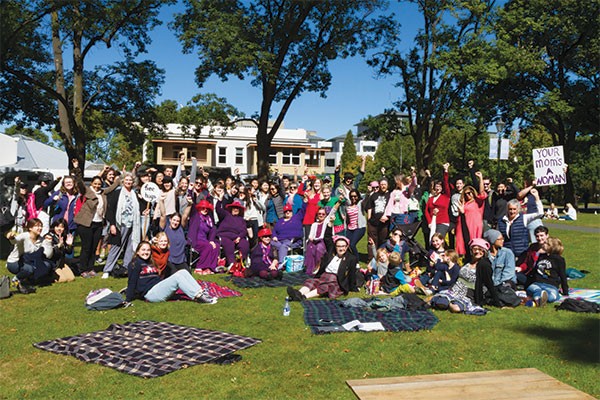 Wednesday 8 March marked 2017’s International Women’s Day; a day that has for over 100 years given people a chance to stand up for issues of gender equality.

This year has encouraged a sense of boldness and action as the #BeBoldForChange campaign focused in particular on gender pay disparity in the workplace. New Zealand is one of the many countries that participate in International Women’s Day, an event organised primarily by UN Women NZ and other affiliated organisations that have organised over 26 for this year. The University of Otago held two events: a UN Women breakfast and talk and a soapbox event, which gave women a chance to listen and be heard by others.

The theme for this year has brought to the fore the relevant and pressing issue of workplace inequality in New Zealand. A recently published report, entitled Empirical Evidence of the Gender Pay Gap in New Zealand, has revealed that a 12.7 percent pay gap continues to exist between males and females in New Zealand. The research attributed 20 percent of the pay gap to traditional factors such as childbearing, family responsibilities and the career paths women choose, however the other 80 percent is “unexplained”.

Contrary to the pay wage statistics, the report also showed that women are, on average, more highly qualified then men: they stay in school for longer, achieve better grades in NCEA, and are more likely to graduate from tertiary education. The gender pay gap also increases as one’s job position increases on the wage scale, meaning it has specific relevance to those who undertake tertiary education. As such, the question must be raised, even though women are just as qualified, if not more qualified, as men, why are they being paid significantly less than their male counterparts?

With this theme for International Women’s Day, it would seem like a good time for change. After 14 years of without improvement since the last attempt to close the gap in pay wages, the newly-elected Minister for Women, Paula Bennett, commented that it was one of her “top priorities” to address the gender pay gap. The Government is currently looking into the gender pay gap and researching different solutions and actions to tackle the issue.