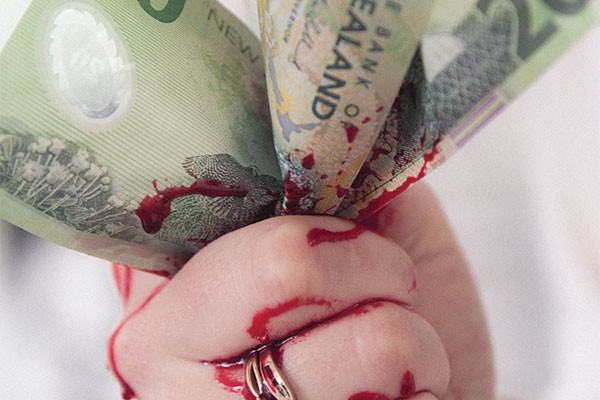 Under a new policy from Sky TV, students in the North Dunedin area are being offered significantly worse deals than non-students or residents in other suburbs of Dunedin. In 2016, first-time subscribers were offered a package of $39 a month including Sports, Movies, and MySky. The price this year has gone up to $49 a month, but now students are being offered only one premium option. Other areas of Dunedin continue to be offered all three premiums.

According to one Sky insider, who spoke to us on the condition of anonymity, the standard deal was offered to residents in North East Valley, Central Dunedin, and the City Rise, excluding only the student quarter “I would say the cutoff [where I can offer the standard deal] is probably around Cargill St or London St”.

“The decision’s come from up in Auckland. Someone’s seen the stats showing six or seven hundred disconnects and decided this is a bad area.” These disconnects would have been the result of most students not staying in the same flat for more than one year. “They’re just trying to save money, but the decisions are coming from up high and they’ve got no idea what’s happening on the ground.”

Sky TV Director of Corporate Communication Kirsty Way defended the decision, saying “At any point in time SKY will have various sales offers in the market, across numerous sales channels. This is a normal sales and marketing strategy used across multiple industries. For example, you could find different pricing at petrol stations across various cities or parts of a city or different offers to join one gym brand in different regions.”

Our source, however, disputed this statement and claimed that the decision was based on whether the signees were students or not. “I’ve had a few signups where I have been able to offer the [the better deal] in the student area. For example, I had a bloke on Grange St who was a builder. I got questioned by management, but I just told them he was working full time and they okayed it.”

The decision has apparently been just as unpopular with salespeople as it has been with students. “It’s really affected our ability to get sales. I haven’t seen any definite figures, but I’d estimate it has cost us about 100 signups compared to last year. They’re trying to eke an extra $15, $20 out of students, but it’s just not happening. A lot of other flats just reckon they can make do with Sky Go and Netflix.

According to our source, Sky TV sales use a statistical system whereby houses and areas are given a ranking of A to F based on the likelihood of signups and timely bill payments. “If you ask me, it’s actually quite a racist system. Minority-majority neighbourhoods get lumped in there the same way you guys [students] do. They didn’t even want us to come into this area at first, I still don’t know if we’ll be here next year.”

“One thing I will say is that Sky has shown they’re responsive to bad PR. I’d imagine if you guys kick up a fuss they would respond, but who knows”.

We made multiple requests to Sky TV to offer an explanation as to why all other areas of Dunedin were offered better packages, other than the fact that the university area is mostly populated by students, but they failed to respond.