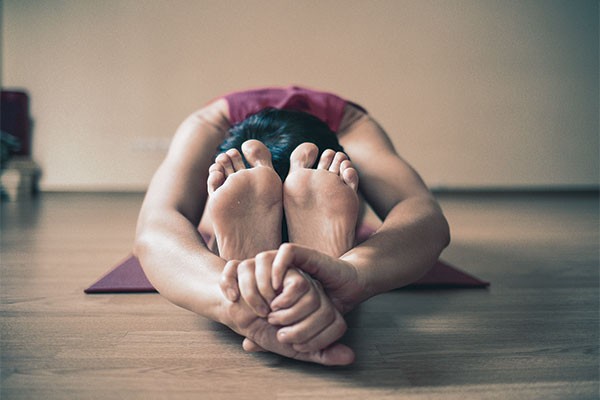 Opinion: Is yoga a sport?

Did you just mutter the words “no of course not” internally? Hey now, let's not jump to any conclusions. I know what you’re thinking; yoga is a leisure activity, it’s nothing more than an excuse for Lululemon clad fitspos to get together, stretch and do breathing exercises. Point taken. Alternatively if that wasn’t what you were thinking, perhaps in your mind yoga is a practice tied to spirituality, philosophy and inner peace. Either way, regardless of the camp you fall into, your mind is already made up – yoga most certainly isn’t a sport. I understand why it might be hard to see past the strange postures named after animals, or the chanting of “Om”. But believe me, there’s more to yoga than meets your third eye, and no reason why it can’t be a sport as well.

First things first, what even is a sport? The dictionary’s definition of a sport is ‘an activity involving physical exertion and skill in which an individual or team competes against another or others for entertainment.’ Let’s start with physical exertion. There’s a misconception that yoga isn’t physically challenging, but that’s entirely dependent on the style you practice. The studio I attend here in Dunedin offers three very different classes: Yin, Flow and Bikram. Yin is the style that many people assume you’re talking about if you mention yoga. It’s slow-paced, meditative, and focuses on awareness and flexibility. Flow or Vinyasa yoga is a style that coordinates movement with breath, but is intense like a cardio and strength training session rolled into one. Then there’s Bikram. I don’t know if you’ve ever set foot in a Bikram yoga class, but I can tell you they aren’t for the faint of heart. In the 90-minute class, 26 postures are performed including two breathing exercises (ok I’ll admit there is an obvious trend with the breathing). Performing the movements requires a combination of strength, flexibility, balance, and crazy levels of endurance. Oh, and did I mention that you have to do it all in 40-degree heat?

Now that we’ve clarified that yoga is indeed physically challenging and requires mad skills, one criterion remains, competition. Can you compete in yoga? Hardcore yogis might tell you that competition goes against the true essence of yoga. However, not everyone shares this mentality. I don’t hear about many competitions happening here in Aotearoa but that doesn’t mean they aren’t all the rage elsewhere. Apparently “yoga is very competitive in New York,” as my American teacher mentioned during flow today. In yoga competitions, practitioners are given a certain number of minutes to show off their best poses, much like a bodybuilding contest.

So there you have it, yoga fits all the sporting criteria. Does this mean we can look forward to its inclusion in the next Olympics? Probably not, but maybe some day. I mean is it really so different from synchronised swimming or taekwondo? Ok bad examples, but how about gymnastics? If gymnastics is a sport and an Olympic one at that, then why is the concept of yoga as one so puzzling (it’s the spirituality isn’t it)? On that note I would like to add that there are a number of Olympic sports, which are far less sporty than yoga. For example: shooting, dressage, archery, and golf (big call I’m sure). Yes they require a heck of a lot of skill, but physical exertion, I don’t think so. It all depends on what your personal criteria for determining a sport is. Anyway that’s a debate for another day.

For the first time in my life I have triceps and can actually use them, thanks to yoga. There must be more to it than simply stretching and breathing. If you’re still not convinced then there’s really only one thing left to do, try it for yourself. Sign up for a Bikram class, I dare you. Namaste.