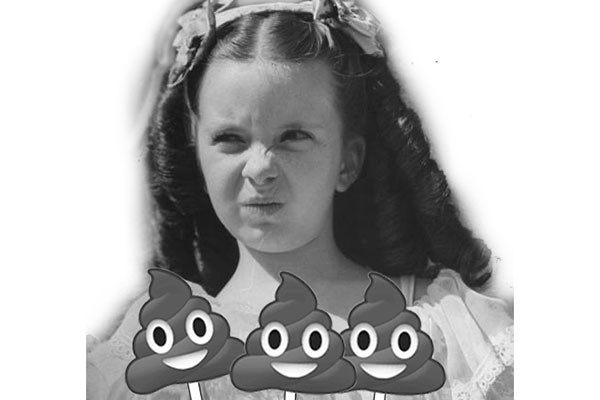 Why NZUSA sucks, & what we can do about it

What do poop-flavoured lollipops, tits on a bull, and Matthew McConaughey’s shirts all have in common? They’re all slightly more useful than NZUSA.

Last month, the annual chorus of boos aimed at the New Zealand Union of Students’ Associations began, kicked off by Massey student president Tom Pringle in Massive magazine. NZUSA is a left-wing clique. NZUSA is too expensive. Nobody even knows what NZUSA does. All true. But nothing’s going to change.

NZUSA doesn’t provide value for money, but this shouldn’t surprise anyone. For the past few years, NZUSA has been one person sitting in a Cuba Street office, banging their head against the brick wall of this National government while everyone yells threats at them. It’s hardly the revolutionary vanguard.

In response to vague and unspecific pressure, NZUSA has reformed at least three times in the past six years. None of those reforms were particularly well thought out or transparent. Most were just reform for reform’s sake. The upshot is that nobody seems to know how it all works any more, and suggested improvements are often shallow and poorly researched. Memorably, the OUSA president spent last year telling NZUSA to adopt a “federal model” that it had, in fact, already adopted.

So, in the hope that this debate ACTUALLY FUCKING GOES SOMEWHERE FOR ONCE, here’s six of the biggest problems with NZUSA, and six potential solutions.

Money. The NZUSA budget is written by the president at the start of the year, with little consultation and no professional input. The fees are too high, the organisation has no staff, yet it still runs a deficit.

Solution: contract an accountant or auditor to inspect the budget. (This really isn’t rocket science.)

Referenda. When local associations think about withdrawing from NZUSA, they usually hold a referendum. The problem – aside, of course, from the abysmal turnout, lopsided contest (nobody can ever be bothered running a proper “leave” campaign so “remain” always prevails), and low voter information – is that a referendum is a zero-sum game. If the vote is to remain, NZUSA “wins” and can go back to being useless again, sidestepping the possibility of genuine reform. Case in point: last year, the OUSA executive wanted to withdraw on account of NZUSA’s excessive membership fees ($45,000). They held a referendum in which three percent of its members voted to remain, versus two per cent voting to leave. NZUSA celebrated by, and I wish I was kidding, raising the fucking membership fees.

Solution: stop holding stupid cop-out referenda and have a genuine discussion for once. (Again, not rocket science.)

Elections. The NZUSA presidential election is held in summer, and is voted on by delegates from local associations. The event itself a secretive, cloak-and-dagger affair that’s one part coronation, two parts bitchfest. Four of the last six have been uncontested, and four of the last five have been total clusterfucks, complete with backstabbing and tantrums.

Solution: hold the election during the academic year, make it public, and let students vote.

Participation. The NZUSA board is made up of the presidents of every member association. Because student presidents are usually overworked and possess colossal egos, this goes about as well as you’d expect. Any time a local president spends a lot of time on NZUSA matters, it’s either because they’re trying to withdraw or because they want to be NZUSA president.

Solution: require all member associations to have a dedicated national affairs officer on their staff or executive. This person will be the go-between for NZUSA and local associations and will sit on the NZUSA board.

Membership rules. Currently, membership is indefinite, and associations have to give an entire year’s notice to withdraw. When an association gives notice, this triggers a prolonged circus full of recriminations, passive aggression and massive, massive wastes of time and energy.

Solution: replace indefinite membership with three-year terms, to prevent this being an annual exercise in pointlessness. Reduce the notice period to six months at most.

Branding. Be honest: if you’ve ever heard of NZUSA, you’ve probably heard that it sucks. At this point, the association is basically a byword for sucking. Besides, the name is too long, and the initialism looks more like a defence pact than a malfunctioning union full of careerist tosspots.

Solution: change the name. (But probably change some other things first.)