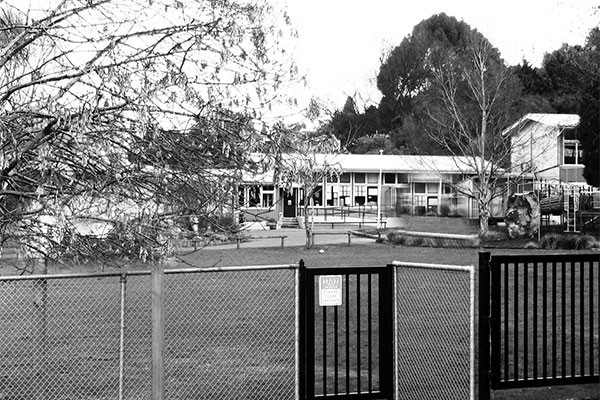 From Schoolyard To Eden Park

It was just another lunch break at Mt Eden Normal Primary School in mid-2005. There were around seven or eight of us that would play some kind of sport all year round during lunchtime. Generally we would play cricket in the summer and rugby in the winter. At the time we had an abundance of quality cricketers in the senior school. It seemed likely that one would eventually go the whole hog and end up going pro. Well, that never happened, but there was one guy in our inner circle that did go on to make a name for himself. He wasn’t a cricketer, though he did play with us on the hardcourts at school, and while he wasn’t bad, he really came into his own on the rugby field. He came from a Samoan background and from what I’d heard his parents were rugby players in their day. Boy, did it show. They had produced an absolute machine - tall, solid, and freakishly athletic. His name was Akira Ioane.

Ioane was just another kid (apart from his size). He always had a smile on his face and was a bit of a joker. Like the rest of us he had a competitive spirit and enjoyed scrapping around with a ball on the field. When it came to playing lunch time rugby we would generally play four or five versus three. Akira would team up with two other equally solid islanders Davis and Tim, and together they would play against the rest of us – who in the most part were scrawny suburban kids. There was no way in hell we could win by just trying to run it straight, we had to get extremely tactical. Obviously with a numbers advantage quick passing became important, and along with the odd cheeky grubber, that was our primary gameplan. Defence was a whole different story, most of the time it took two of us to take one of them down. I can’t really remember what the results were but for the most part I think the games were competitive.

On this particular day we were having a real battle. We were probably around twenty minutes into the game and as I recall it was pretty close. Davis had the ball for the opposing side and kicked the ball deep into our territory. Playing on the wing I noticed that I was the closest to the ball and began to turn to run back to it. As I did so I saw a member of the other team begin to chase. Shit, it was Akira. Thankfully I reached the ball first saving any kind of humiliation but as I picked it up I was crunched to the ground by Akira. This pissed me off. There was nothing wrong with tackling but I felt like he had intentionally smashed me when it wasn’t exactly necessary. Hell, I was a skinny white kid weighing a measly 25kg, a light breeze blew me over. I let Akira know how I felt through a few expletives (although how ‘explicit’ they were is unknown considering we were nine years old). It must be said that I had a very short temper during my youth and events such as these often pushed me over the edge. Unfortunately for me Akira had the exact same problem.

The term ‘instant regret’ comes to mind at this point. Akira glared at me and ripped off his necklace. Knowing that possible death awaited if I hung around, I turned and walked away muttering to myself. Only when I took a quick glance back did I see him running at me. That was all the motivation I needed to get the hell out of there. I’d never run so fast in my life. Around the school I went until I thought I’d lost him. Relieved, I began to make my way back down to the field – only to walk right back into him getting a drink of water. I raced down to the field praying that this mayhem would end. Thankfully a group of lads from the year above held Akira back and calmed him down. When the bell finally sounded it ended probably the most hectic lunchtime of my life.

Of course being kids this incident didn’t dent our relationship in any way. We continued to battle it out on the field and the hardcourts until we finished primary school at the end of 2006. This was when we parted ways. He went to Auckland Normal Intermediate along with most of our friend group, while I and a couple of others went off to St Kents. A year later my parents decided to leave Auckland for Wanaka, where I would spend the rest of my school years. Since I never ended up attending Auckland Grammar I lost track of Akira and his progress for a while. I had noticed that he was in the First XV but it wasn’t until he was named in the side for the Wellington Sevens a couple of years ago that I really began taking an interest in his career again. Watching him tear it up in his maiden tournament turned back the clock and you just had to sympathise with the opposing defenders. He’s been rampant ever since and I wouldn’t be surprised if he was in the All Blacks squad at the end of the year. It feels strange watching both Akira and his younger brother Reiko playing professional rugby while I sit here in Dunners procrastinating but all credit to them for making the most of their talent. I’m sure a lot of hard work has gone into getting them to where they are today and I hope that they both have long and legendary careers. Keep repping the Eden name boys and best of luck for the rest of the season.