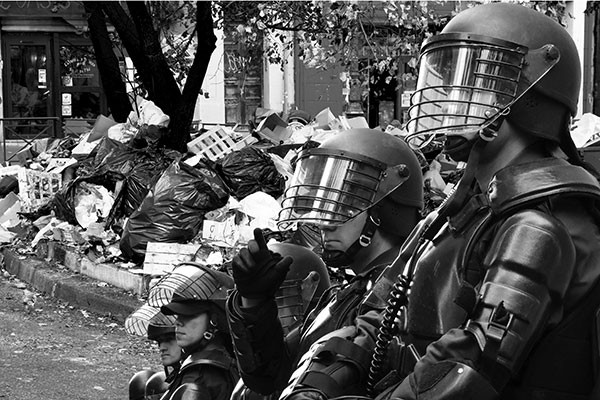 Thousands of Lebanese have rallied in the country’s capital, Beirut, to protest the “rubbish crisis” occurring in the city.

Rubbish has been accumulating in the city since July after the closure of the city’s main landfill. More than 20,000 tonnes of garbage have piled up in the city and the surrounding mountains.

“Given the high prices [quoted by would-be contractors], the council of ministers has decided not to approve the tenders and is charging the ministerial committee with finding alternatives.”

The protest campaign has been named “You Stink” due to the strong odours from the garbage on the streets. Residents have resorted to using shirts or scarves to cover their noses and mouths.

The protesters set a 72-hour ultimatum for the government to respond and threatened to escalate the protests if their demands are not met. They called for a snap parliamentary election, and for the environment minister to resign.

Rubbish collection has resumed in some parts of the capital. However, the government has not responded, making residents anxious that a long-term solution has not been found.

Fears that the rally would turn violent led to high security, with barricades and barbed-wire fences placed around official buildings. However, the protest remained mostly peaceful, except for a group of masked youths who tried to break through the barriers surrounding the prime minister’s office and then attacked the police with stones and bottles.

Lebanon has been without a president since May last year after Michel Suleiman stepped down and was not replaced.

The garbage crisis is said to be a reminder of the government’s ongoing dysfunction, with Lebanese people saying that “enough is enough”.