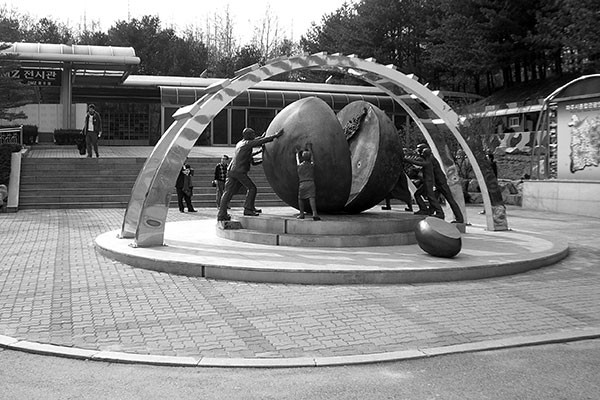 Countries No Longer on “the Brink of War”

North and South Korea have successfully met to defuse tensions between the nations after recent confrontations escalated.

The talks ended on Tuesday 25 August with South Korea agreeing to halt propaganda broadcasts and North Korea expressing “regret” over the incident.

Tensions rose between North and South Korea after two South Korean soldiers were seriously wounded by a landmine. One soldier lost both legs, while the other lost one. The mine was located in the demilitarised zone (DMZ) south of the border between the two nations.

South Korea accused North Korea of planting the weapon, an accusation that North Korea has denied.

After the blast, anti-North Korean propaganda began to be played on loudspeakers across the border, provoking North Korea to retaliate with gunfire on 20 August. The North fired shells into a border town  aiming at the loudspeakers. According to South Korean news agency Yonhap, the shots did not cause visible damage.

South Korea fired back several shells of its own, but no casualties were reported by either side.

Residents of areas targeted by North Korea on Thursday were evacuated, although many have since returned.

Prior to the defusion talks, the North Korean ambassador to China, Ji Jae Ryong, told journalists in Beijing that, “the situation of the country is now inching closer to the brink of war”.

North Korean UN ambassador An Myong Hun also said that all North Korean frontline combined units had “entered into a wartime state … fully armed to launch any surprise operations and finish their preparations for action”.

While this is not the first time the two sides have clashed, the incident was said to be particularly unusual because of the types of weapons used around the demilitarised zone.

“In contrast, there have been frequent exchanges of artillery and rocket fire across the Northern Limit Line (NLL), the de facto maritime border.