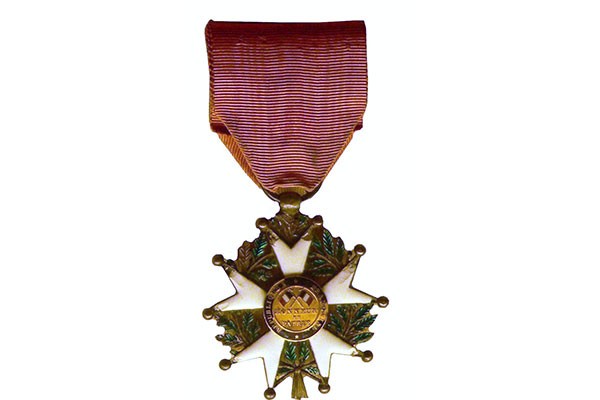 Heroes “Gave a Lesson in Courage”

Four men have been recognised for their bravery after overpowering a heavily armed gunman on a train in northern France. The three Americans and one Briton were subsequently awarded France’s highest honour, the Légion d’honneur, for their role in stopping what is suspected to be a terrorist attack on the high-speed train.

The incident happened on the Valys service heading from Amsterdam to Paris on Friday 21 August. The men subdued the attacker and removed an AK-47 assault rifle and a handgun from him as he attempted to move down the train.

A French man encountered the gunman as he tried to enter a toilet on the train. He attempted to overpower the man and a shot was discharged, seriously injuring another passenger. The two American men intervened shortly after.

When presenting medals, French President François Hollande said the men’s actions showed “that faced with terror, we have the power to resist. You also gave a lesson in courage, in will, and thus in hope.”

Both Skarlatos and Stone were soldiers, but Hollande said “on Friday, you were simply passengers. You behaved as soldiers but also as responsible men.”

The 25-year-old Moroccan suspect, Ayoub El-Khazzani, is being held in custody while he is questioned by the French counter-terrorism police.

El-Khazzani’s lawyer, Sophie David, told France’s Le Parisien newspaper that her client does not understand the accusations of terrorism and denies that a person was wounded, believing no shots to have been fired.

“He says he only wanted to extort money from the Thalys passengers, and nothing else,” she said. “He denies any terrorist dimension to his actions — the suggestion makes him almost laugh.”

David says her client told her he found the firearms “in a suitcase abandoned in a park near Brussels railway station, where he used to sleep rough”.