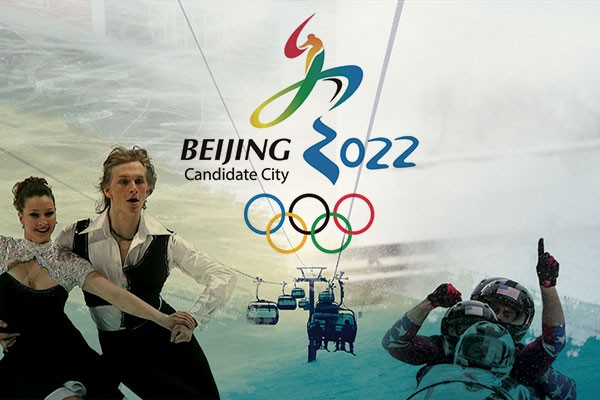 Back to Beijing: Part II

Beijing will become the first city to host both the Summer and Winter Olympics after the Chinese capital was awarded the right to host the 2022 Winter Olympics. The final result of the two-year candidacy process was confirmed at the 128th International Olympic Committee session in Kuala Lumpur, Malaysia, on 31 July.

Beijing won a close final vote 44–40, edging out Kazakhstan’s largest city, Almaty, which had pledged it would be “Keeping it Real” according to its bid’s official slogan. Almaty had a very attractive bid, with a self-proclaimed “real” and “honest” winter setting and a compact plan that meant all events could take place within a 50km radius of the city compared to Beijing’s 250km. However, it was the more obscure technical categories of electrical, transport and communications infrastructure that clinched it for Beijing, which had a distinct advantage from 2008 as well as, ultimately, the financial power to pull the whole thing together.

With the recent corruption allegations and investigations surrounding FIFA and the selection of Russia and Qatar as hosts for the next two World Cups, it was inevitable that similar questions would be raised about Beijing being awarded another Olympics so soon after hosting in 2008. However, the bid does appear to have been part of China’s long-term plan; its quest for the Olympics started all the way back with one of the narrowest IOC votes ever when Beijing lost 45–43 to Sydney in the final round of bidding for the 2000 Summer Olympics.

It is not uncommon for cities to host more than once. Tokyo will host the next Summer Olympics in 2020 after hosting in 1964. Japan has also staged the Winter Olympics twice, in 1972 and 1998. South Korea hosted the Summer Olympics in Seoul in 1988 and will host the next Winter Olympics, scheduled for February 2018 in Pyeongchang. This will be the first of three consecutive Olympics to be held in Asia, with Tokyo 2020 and Beijing 2022 following. Japan is also preparing for its Rugby World Cup in 2019, but there has already been a change of plans due to rising costs that mean the new Olympic stadium won’t be ready in time for the World Cup final.

Other multiple hosts include Paris (1900 and 1924), with a further three winter games held around France. London hosted the most recent games in 2012, becoming the first city to host three Summer Olympics, starting with 1908 and 1948. Los Angeles hosted in 1932 and 1984, while the United States has also hosted another two Summer Olympics (St. Louis 1904 and Atlanta 1996) and four Winter Olympics. Athens hosted the first modern Olympic Games in 1896 and then again in 2004, although many consider the 2004 games a factor in the current financial crisis in Greece owing to the huge amount of debt the country undertook to host the games and because many of the new facilities are not in use.

A significant part of the Beijing 2008 infrastructure will be converted and reused for 2022, with the “Bird’s Nest” national stadium hosting the opening and closing ceremonies. The 2022 Winter Olympics have been given a $4 billion budget, which will be about 10 percent of the reported budget it took to host in 2008. Compare that to reports showing that Russia spent up to $50 billion to host the 2014 games in Sochi, although it is alleged some corruption was involved in that process.

The much lower cost targets are part of the IOC’s plans for a more sustainable future for the Olympics. The committee is emphasising planning for the long-term legacy the games will leave, with lessons having been learned from Athens. IOC President Thomas Bach has also introduced simplified candidacy requirements that will open the bidding process up to a wider range of cities with more diverse bids such as joint hosting, something that Malaysia and Singapore are exploring.

Former IOC President Jacques Rogge attended the 2011 Rugby World Cup in New Zealand and spoke positively of New Zealand hosting an Olympic games in the future, most likely centred on Auckland. The hosting of the world’s largest sporting event could be the inspiration for the large-scale transportation investment that Auckland will eventually need as it becomes a global city. Developers and politicians had plans to retire Eden Park in favour of a new stadium near the Auckland waterfront for the Rugby and Cricket World Cups, but a compromised upgrade to the aging Eden Park was decided on instead. An Olympics or a Commonwealth Games could be the next major event to justify a huge redevelopment programme.

The New Zealand Olympic Committee has spoken about a potential plan that could include Christchurch, serving as part of the long-term post-earthquake rejuvenation and modernisation of our second-largest city. Christchurch would be included as part of a bid to host the Winter Olympics alongside Queenstown and Wanaka, where many athletes from other nations train during their northern hemisphere summers.

The NZOC was frank about the South Island’s transport infrastructure being a prohibiting factor, but if the hosting did eventually happen, it would be a rare visit to the southern hemisphere for the Olympics. Next year’s Summer Olympics in Rio de Janeiro will only be the third time the games have been held outside Asia, Europe or North America — Australia hosted in Melbourne in 1956 and Sydney in 2000.

New Zealand 2042? Let’s have a referendum on that.