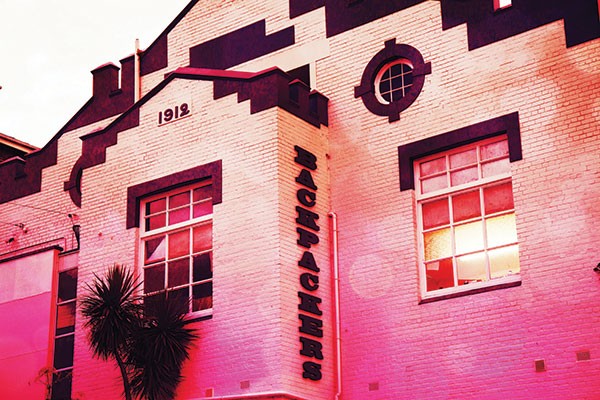 View Street’s controversial “Backpackers” flat was forced to cancel a planned party last week, despite getting initial approval from the Dunedin City Council and local police.

The “Backpackers’ Ball,” a tradition of several years, was scheduled for Friday 17 June. However, after complaints from residents, one of whom had to be forcibly removed from the police station, permission to hold the party at the residence was withdrawn.

Backpackers stirred controversy earlier this year when TVNZ’s Sunday programme ran a story on student drinking at Otago. The episode focused on complaints from the flat’s neighbours about a party during Orientation Week.

In order to ensure the tradition went ahead with little disruption to fellow residents, the students handed out letters to their View Street neighbours. The letters outlined that the students were having a “Ball” but were “really keen to minimise any inconvenience to [neighbours]”.

The letter, signed by “The Boys”, laid out what the party would entail. They explained that security guards would be hired, guests would be capped at 120 and everyone would be out of the flat by midnight. The residents said the measures were put in place to stay within the bounds of the Sale of Alcohol Act so the party could go ahead legally.

The residents of the flat said that they received mostly negative feedback from their neighbours. One resident, who will not be named, was removed from the police station after refusing to leave.

Nicholas Barkley, Southern District communications manager for the police, said the resident initially went to the station to discuss the letter.

“The officer [the resident requested] wasn’t available, and when his questions were answered by another officer, he continued to refuse to leave.” As the resident was holding up other members of the public, two officers “removed him from the station”.

In response to such complaints, the Dunedin City Council and Dunedin police released the following joint statement the Wednesday before the planned party:

“DCC and police staff have spoken with the occupants regarding their host responsibilities as the event may fall under the provisions of the Sale and Supply of Alcohol Act 2013. Both organisations will be monitoring the situation and will take appropriate action in regards to any incident that may arise.”

Despite the council’s acknowledgment of the party, the flat received a letter the day before it was set to go ahead. The letter said that having more than 50 people in the residence could pose a fire hazard.

Breaching this, the letter outlined, could result in fines of up to $100,000 for all 17 members of the flat. Consequently, the students were forced to cancel the party. It was later moved to Sammy’s bar at the last minute.

Andrew Benington, a third-year student living in the flat, said he was disappointed that, despite their efforts, they were unable to host the event.

“Because of the party in O-Week, we had a lot of restrictions placed on us. We went ahead and tried to follow those restrictions,” said Benington.

“It’s a bit ridiculous that following the correct procedure that we were aware of at the time backfired on us. All the authorities are really doing are discouraging us and other students from telling them about these events in the first place.”

Bennington said despite some of their neighbours saying they are “the nicest tenants they have ever had”, the students “have caught the most blame”.

Simon Pickford, DCC general manager of services and development, said the students “did a great job of informing their neighbours of their plans” and it’s an approach the DCC “would encourage”.

“From what we understand, the students made some effort to meet the provisions of the [Sale and supply of Alcohol] Act but ultimately didn’t apply for a special licence.”

“Unfortunately,” said Pickford, “they assumed they could invite a large number of people when there was a limit on how many the building could safely accommodate.”

Professor Mark Henaghan, Dean of the Faculty of Law, had been asked for advice by the students before the party. He agreed the students had taken all the right steps to host a party, but made the mistake of applying for a special licence too close to the event’s date.

Henaghan believes it is reasonable for students to organise parties in such a manner, and was glad that, rather than going under the radar, students were speaking openly with the DCC and police.