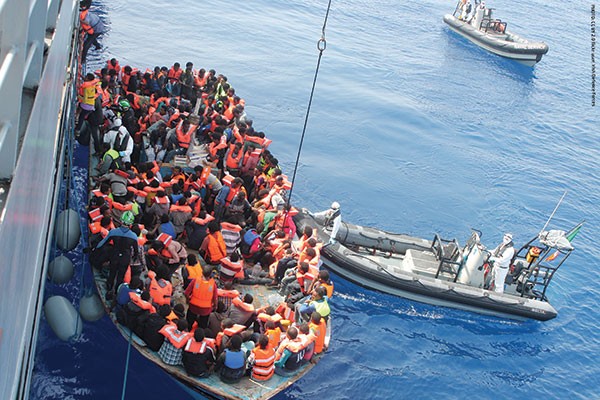 Recent financial boosting from the European Union has prevented the likely deaths of thousands of African migrants crossing the Mediterranean Sea.

The EU implemented Operation Triton in late April this year after shockingly high numbers of migrant deaths were reported. The operation, run by the EU border control agency, Frontex, focuses on supplying additional search and rescue support to migrants attempting to cross from Africa to Europe.

The Italian navy has since been patrolling the coast of Italy to rescue migrants adrift at sea or those stranded in the water.

The operation came after an emergency summit was held on 23 April to address the mass migrant deaths that took place early this year. In one instance, 700 migrants were killed when the boat they were travelling on capsized. Many victims were locked up in the boat and therefore unable to escape. This, alongside other shipping disasters, took the death toll to 1200 in a single week.

The European Council then agreed to triple its funding for migrant search and rescue operations in the Mediterranean.

Recently released statistics show that of the 27,722 migrants who attempted this passage between January and April this year, one in 16 was killed before arriving at their destination. Since the EU has taken action, that statistic has decreased to one death per 423 people. In the last three months, 42,297 people have attempted the crossing and 99 have died.

Home Affairs and Citizenship Commissioner Dimitris Avramopoulous released a statement saying the objective of the summit was to implement a “comprehensive approach that will significantly improve the management of migration in Europe”.

In the same statement, Federica Mogherini, an EU representative, said Operation Triton is helping “dismantle criminal traffickers and smugglers” while at the same time providing “maximum protection for those in need”.

The dramatic increase in those surviving the passage has left Italian authorities caring for over 70,000 migrants. Migrant reception centres are said to be on the verge of collapsing with the overwhelming numbers of asylum seekers arriving each day.