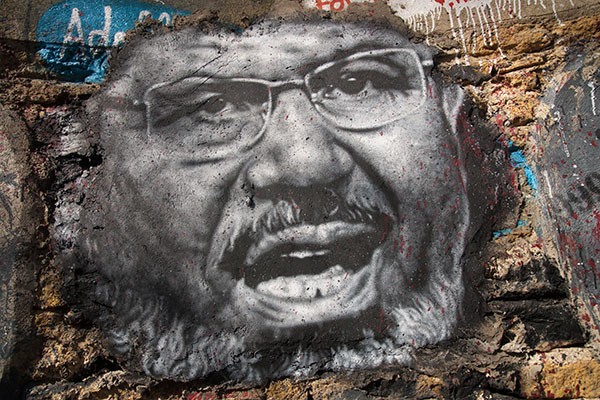 Ex-Egyptian President Mohamed Morsi has been sentenced to death for his involvement in a mass prison break in 2011. Morsi, who was Egypt’s first democratically elected leader, was sentenced along with 120 others for the break, which was part of an uprising that brought him into power.

The ruling is the latest in a series of mass death sentences issued since Morsi was overthrown by the military almost two years ago. Religious authorities in Egypt will have to give their opinion before Morsi’s sentence can be carried out.

Morsi is currently serving a 20-year prison sentence for ordering the arrest and torture of protestors in 2012. Morsi was elected president of Egypt in 2012, ending the 30-year reign of Hosni Mubarak. Twelve months after being elected, he was detained by the military and forced out of office following mass public protest.

“This significantly undermines his right to a fair trial. His enforced disappearance is also a serious human rights violation in itself and must be ended right away. He must be either released or transferred to a recognised place of detention and immediately given regular access to his family and lawyers,” said Sahraoui.

Members of the Muslim Brotherhood have responded strongly to the sentence, with Morsi and his fellow Islamists chanting “Down with military rule!” after the ruling was read in court. The brotherhood also issued an official statement calling for an increase in protests and condemning the sentence.

After Morsi escaped from Wadi Natroun prison, he was accused of conspiring with foreign militants to free Islamists, members of his Muslim Brotherhood movement. In response to the ruling, suspected Islamic militants shot and killed three court judges and their driver. The attack took place in the northern Sinai Peninsula city of al-Arish. Information about the shooting came from security officials who remained anonymous.

Support also came from one of Morsi’s former ministers and a senior member in the Muslim Brotherhood, Amr Darrag, who issued a statement saying, “[Morsi’s] trial has been a travesty of justice, which has been scripted and controlled by the government and entirely unsupported by evidence … they want to pass a life sentence for democracy in Egypt.”

Egypt’s judicial system has been subject to international criticism since Morsi’s ousting due to the placing of harsh sentences on Islamists and secular activists, while top officials who served under Mubarak have been acquitted or given light sentences.

Sahraoui released a statement saying the verdict “shatters any remaining illusion of independence and impartiality in Egypt’s criminal justice system”.

“Convicting Mohamed Morsi despite fundamental flaws in the legal process and what seems to be at best flimsy evidence produced in court under a gag order, utterly undermines the verdict,” said Sahraoui.

Since Morsi was forced from power, thousands of Islamists and other opponents of the new government have been jailed as part of a crackdown on the Muslim Brotherhood and other supporters of Morsi.