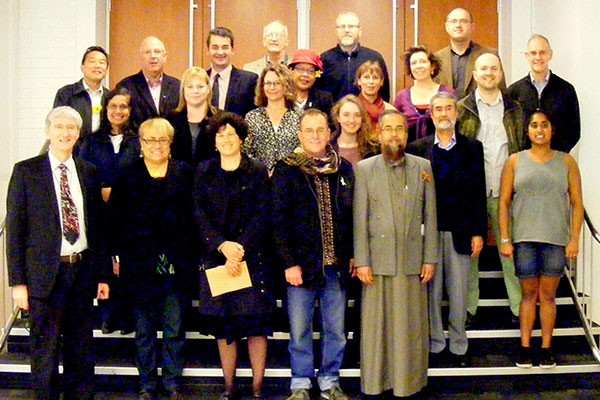 “Such spaces are essential for mental as well as spiritual health”

The University of Otago opened and blessed two new prayer rooms last week, upstairs in the University Union Building at a ceremony attended by people of many different  faiths.  The rooms replaced the previous rooms underneath the Archway building, which were in use for seven years.

The new set-up comprises one space exclusively for the Islamic community; it faces Mecca and is split into two rooms by a curtain. This is to adhere to Islamic rules on prayer with the opposite gender. The second is the University Prayer and Meditation Room. Greg Hughson, University Chaplain, said this room is for everybody.

The university’s only pre-requisite for the rooms is little-to-no noise. In an information sheet, Hughson writes: “Prayer and meditation will be either silent, or expressed very quietly so that no one in the study area next door can hear any noise emanating from the prayer and meditation rooms.”

The prayer rooms are part of the university’s commitment to being a “healthy university”. Hughson said the rooms are “important for people of all religious faiths, and for people who identify with no particular religion”.

The university has said that, in the future, it envisages a “purpose-built multifaith centre on campus”. It is proposed that this centre would have separate rooms for faith groups, a kitchen and a large central area.

“In the meantime, let’s value, appreciate and cherish what we have been given and take good care of these spaces.”