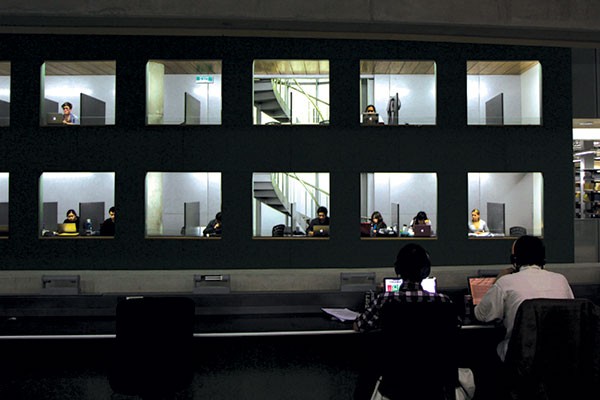 TVNZ’s Sunday episode, “Party Central”, has received backlash from students after it aired on 10 May.

The episode showed two residents, one living in close proximity to the 17-man flat “Backpackers”, sharing their views on how University of Otago students interact with the community. Comments focused on the student drinking culture.

Two students were given the chance to speak, one from the Backpackers flat and one from Castle Street’s “Beehive”. Individuals have since come out saying that the two were portrayed unfairly and were not a fair representation of the majority of Otago students.

Former student and Dunedin real estate agent Tyler McCorkindale said the Beehive is “one of the worst examples for the media to interpret as a standard student flat”.

“If they had chosen the average student, they may find they spend a bit more time in the library, have hobbies they enjoy doing sober and, who knows, there might even be a dishes roster they adhere to,” said McCorkindale.

Asked why the Beehive was chosen, Sunday producer Jane Skinner said this was not planned. Skinner said the Sunday team drove down Castle Street during filming and saw the flat “with its front windows smashed out and cans all over the front” and asked the residents to film inside.

A petition was created almost immediately after the episode aired calling for TVNZ to “publicly apologise for their biased report on Dunedin students”. The original aim for the petition’s creator was 500 signatures. At time of print, there were 3300 signatures.

OUSA President Paul Hunt was interviewed by Sunday, but was contacted afterward and told they would not be airing his segment. Skinner said the reason Hunt’s interview was left out was “not about the content of what he said” but “about the delivery”. Skinner said this was “of no service to the student population and not articulate or sufficient for a TV broadcast”.

Hunt, however, said the reason was “that it was a predetermined story where they deliberately cast students in a negative light. The only opportunity students got [to defend themselves] was when [Sunday] barged onto their private property and stuck a microphone in their face.” Hunt spoke of the issue in the University Council meeting on 12 May, where he received praise from council members.

Skinner denies the claim that there was a premeditated story, and said she specifically included the bottle-buy-back scheme to show a “positive OUSA initiative”.

Vice-Chancellor Harlene Hayne was briefly interviewed by Sunday, though she has since released a statement saying the episode “was not representative of our entire Otago student culture”.

“[The university] understands that these types of television current affairs shows are based on visual images and video footage more than any real in-depth debate that fairly represents all the aspects of such issues,” said Hayne.

Dunedin Mayor Dave Cull, who was also briefly interviewed, said his view of students was “not fully” portrayed on the episode. Cull said students contribute to Dunedin “intellectually, culturally, financially, recreationally, socially and in many other ways. They are an essential part of what makes our city what it is and have been for decades.”

Numerous students have made official complaints to TVNZ following the episode. One student, Clara Watson, wrote in her complaint: “This report is absolutely appalling in both its bias against students and the negative generalisations it made. There was extreme exaggeration and inaccuracy in both editing and overall reporting.”  Skinner, however, said she “never sought to portray ‘all’ Otago students in [the] story … We made it clear that we were talking about a minority of students and several times we referred to ‘a small sub-group of the community that’s been given carte blanche’ and ‘there’s a few people who give them a bad name’.” Skinner said: “Some viewers don’t appear to have heard the distinction we were very careful to make and to include in our story.”

When asked why the episode has received more backlash than similar coverage Otago has received in the media, student Joel MacManus said this is due to “the patronising tone and the attacks that call our character into question”.

“The annual Hyde Street piece on the news normally covers the story with an even hand, and shows [OUSA volunteers] R U OK handing out food and looking after people. This piece didn’t make any attempt to make students look like anything but destructive monsters,” said MacManus.

The episode featured coverage of the annual Hyde Street party, which has been run by OUSA for the past three years. Before OUSA’s involvement, the event was run without supervision.

Hunt said earlier this year that OUSA spends $22,000, collected through ticket sales, on health and safety at the event. Most of this, 45 percent, is spent on security; 27 percent goes towards traffic management, infrastructure and fencing; 30 percent on the St John Ambulance Service; and eight percent on food. OUSA also has volunteers providing water for the events’ attendees.

Around 3500 people attended this year’s event, and Director of Student Services Karyn Thomson said “only six students were sent to the proctor’s office” for their behaviour on the day.

The University of Otago Proctor Simon Thompson said “nobody was on roofs, there were no thefts or burglaries … no assaults, no fires, no glass” at the event. “The media loves numbers, and they will trumpet the fact that 12 people got arrested … but out of 3500 … I think only half of those were students,” said Thompson.

Jason Guthrie, Area Commander for Otago Coastal, said “the vast majority of students are a pleasure to deal with”. Guthrie said the stereotype that all Otago students are out of control when intoxicated is “not true” and “the reputation of the majority continues to be tarnished by the immature minority”.