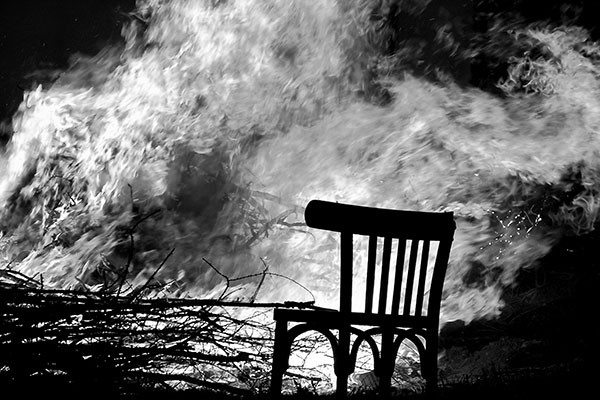 Changes since the introduction of Code of Conduct and Campus Watch

Each year the University of Otago conducts an Annual Discipline Report, which outlines student behaviour and its consequences over the past academic year. In 2014 numbers were significantly lower than they have been in past years. Critic compares the reports dating back to 2006, the year when the Code of Conduct was introduced.

For the University of Otago, 2006 was a significant year in terms of disciplinary measures. The academic year of 2005 saw a 50 percent increase in student-lit fires; this further increased by 70 percent in 2006.

To curb the growing statistics, the university passed the Code of Conduct regulations in 2006. The regulations allow the university to punish students for certain types of behaviour committed on and off campus. The code is a set of rules that “prohibit disruptive, threatening, violent, deceptive and otherwise unlawful behaviour”. If the rules are broken, the university can take disciplinary measures ranging from fines to expulsion.

At the time, OUSA publicly opposed the new regulations. OUSA president at the time, Paul Chong, said OUSA “opposes the way that this has been handled by the university”.

“Student opinion has been ignored, the legal status of this documentation is questionable, and the university has chosen to ignore that as well by voting on it today,” said Chong.

Director of Student Services Karyn Thomson said the code “has been extremely effective. We have seen an overall improvement in student behaviour since it was introduced — so these guidelines and measures are working.”

From 2005 to 2006 the number of offenders increased from 124 to 222, though this could be attributed to the Code of Conduct being introduced. Offences may not have changed, but the recognition and punishment for certain offences have.

The following year, to ensure students abided by the newly introduced code, Campus Watch was introduced. Campus Watch meant security on campus was dealt with by the proctor as opposed to police. The University of Otago is the only university in the country with such a service.

Thomson said Campus Watch has been “incredibly successful at providing a level of pastoral care to students that is unmatched elsewhere in New Zealand”.

“The chance of students coming to harm is greatly reduced by their knowledgeable and helpful presence on campus, and we wouldn’t be without them. There have been a number of occasions where Campus Watch staff have been available before emergency services can attend, or where they have identified suspicious behaviour and proactively prevented crime,” said Thomson.

In the two years after the Code of Conduct and Campus Watch were introduced, instances of fires reduced from 321 in 2006 to 140 in 2008. The proctor’s 2008 Annual Report to the University Council said there was a “marked improvement on the previous year reflecting the positive impact of Campus Watch with two years experience behind it”.

In 2009 the annual Toga Party was held as a parade on George Street. In his annual report, the proctor said the party “descended into chaos … Marching students were attacked with eggs, fruit and other material, which caused a large amount of debris and litter on the street and some damage to shop windows and cars.”

Students caught throwing objects were forced to pay compensation, and $1500 was given to the mayor for the damage to public property. In addition, $2000 was paid to owners of damaged vehicles.

There were 147 visits to the proctor for disorder in 2009, a massive jump from less than 80 the previous year. The Annual Discipline Report said the rise was “due almost wholly to the Toga Parade and the Undie 500 incidents”.

Student behaviour was put under the microscope by local media in July 2009 when the Cook-a-Thon was held. The proctor wrote that the university was “inundated with the fallout both before and after the event with numerous heavily intoxicated students coming to grief one way or another”.

This event provided reason for many people to oppose the renewal of the Cook’s liquor licence; the proctor was one of those who spoke against the renewal in court. Judge Bill Unwin decided to allow a renewal but did mention that any similar events would put the tavern’s licence at serious risk and negotiated an end to any future Cook-a-Thons.

From 2009 to 2010 instances of disorder — and the total number of offenders seen by the proctor — decreased heavily. From a total of 463 students in 2009, 343 students were seen by the proctor in 2010; the offences of 15 were deemed serious enough for them to be sent to the provost and a more serious penalty recommended.

In June 2010 the university purchased the Gardens Tavern (Gardies), which is now the Marsh Study Centre, for a reported fee of $1.75 million. The 2010 annual report said the closure caused a “very noticeable difference to the night-time behaviour and volume of foot traffic in the Castle Street area”.

In 2011 the proctor dealt with 533 students, a 51 percent increase from the 352 in 2010. The annual report for 2011 said the increases “related to complaints about students living in flats in the North Dunedin area. This affects the numbers of students seen because one complaint about a flat often meant that the proctor would speak to several ‘offenders’ about the one incident.”

In the same year, offences of theft and purposely lit fires nearly doubled the 2010 total. There were 88 willfully set fires and 14 incidents of theft.

In 2013 the Captain Cook Tavern was officially closed due to a severe reduction in revenue. James Arnott, one of the owners of the bar, told Critic at the time of closure that there had been a “massive change in student culture”. He said students seemed to be drinking less, and when they did drink, it was generally in their flats.

In 2013 the University of Otago also increased the fines that could be imposed for students breaking the Code of Conduct. Fines totalling $12,465 were paid that year.

The number of offenders also reduced last year from 530 to 482. Instances of fires also continued to fall, with an 18 percent drop in fire-related incidents from 2013 and 2014.

Although the 2015 academic year is still in progress, Thomson said that “despite some media reports”, the year’s events have kicked off well.

“There were fewer problems at the Hyde Street Party this year than previous years, and most of more than 3000 people at this event did not cause trouble and generally enjoyed the event. Only six students were directed to the proctor’s office as a result of incidents at Hyde Street.”

“Overall,” said Thomson, “behaviour this year had been good — with the number of street fires appearing to be down.”