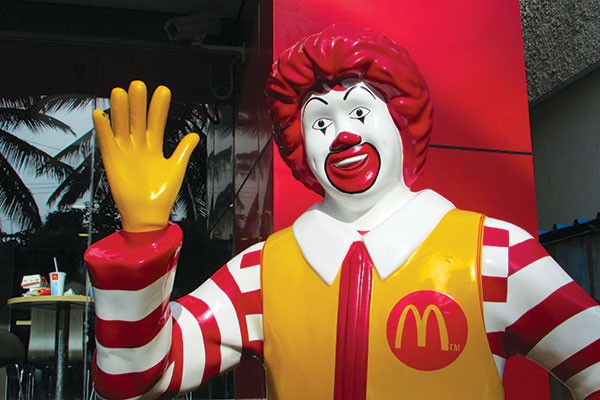 Unite National Director Mike Treen says the decision to end zero-hour contracts at McDonald’s restaurants in New Zealand is the culmination of a decade’s hard work. The union announced on Friday that it had reached a deal with McDonald’s to put an end to the controversial contracts which give staff members no guarantee of work.

Treen says the push for ending the contracts gathered momentum when the union decided to label the contracts for what they were, hence the term ‘zero-hour’.

“There was a public outcry and the issue gained significant media interest and significant public interest,” Treen says. “People were quick to realise this was not good enough in the 21st century.”

Treen labelled the decision history-making and one of the best achievements in his two decades with the union. “There haven’t been guaranteed hours in the fast food industry for many decades,” he said.

“This decision empowers workers. It’s not just more convenient, but employees also know their employer can’t change their hours as a management tool. That’s what I think the zero-hour contracts were about – it wasn’t about cutting costs, it was a management tool.”

Treen says employees will now feel more confident in asserting their rights, such as taking sick days, as the ‘fear factor’ has been significantly reduced. He says jobs will also be easier to do with regular shift patterns. Under the new agreement, contracted staff are guaranteed 80 percent of hours worked over a three-month period.

“Because we can’t control all of those things like hours and breaks, it’s very difficult for us to monitor the enforcement of workers’ rights.”

“It’s suddenly dawned on the government how many workers are on these agreements,” Treen says.

McDonald’s spokesperson Kim Bartlett says the company is pleased to be able to offer employees more stability with their hours.

“We know having security of hours is important to our people, which is why on April 13 we announced a guarantee of hours would be formally written into our employment agreements.  Since then, we have been working through the technical detail with Unite, along with other elements of the agreement.”

The 80 percent security of hours is up to a 32 hours per week and based on the average of the previous fixed quarterly worked hours.