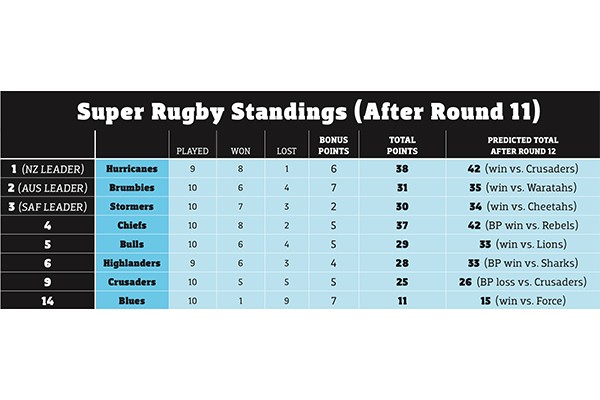 What’s Wrong with the Crusaders?

As I watched the struggling Blues take on a resurgent Crusaders team last weekend, the absence of Dan Carter was obvious.

Even though Carter has been wearing the number 12 jersey recently, you could be forgiven for forgetting he has even been on the park. Colin Slade kicked the goals, Mitchell Drummond and Tom Taylor kicked in general play, and these three players — along with Ryan Crotty — did most of the running from first and second receiver. While Taylor and Slade were running the cutter, bringing Crotty and Nemani Nadolo into the line, Carter was a spectator.

Carter’s position as New Zealand’s best first-five of all time is undisputed, although he has been hampered by injuries in recent years. But Saturday’s performance against the Blues was well below the standard we are used to seeing from him. It is unclear whether he is being wrapped up in cotton wool at the request of All Blacks management, or is just not being trusted by the Crusaders coaches anymore. In any case, Carter is not in the same league as the current leading first-fives, and his inclusion in the All Blacks World Cup squad is definitely at risk. The few tests of the reduced Rugby Championship leading up to the World Cup will be his last chance to show he is still up to the task.