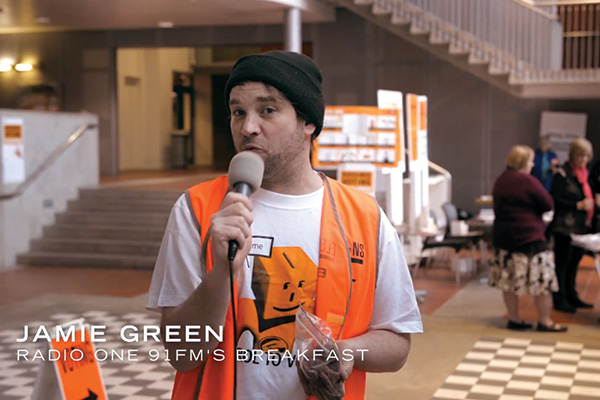 As final figures come in, Dunedin North booth votes show an overall boost in votes by 11 per cent for the 2014 General Election versus the 2011 General Election. This follows a $28,000 budgeted spend by OUSA towards an enrolment and voting campaign this year.

OUSA spent $20,127 more on promoting the 2014 campaign than in 2011 but they do not believe the increase only comes down to what OUSA spent.

“Overall we believe the promotion of not just OUSA but also the work of other organisations to attract a larger voter turnout, especially advanced voting, was successful and we thank all those who helped,” said OUSA President Ruby Sycamore-Smith.

“It’s so important that students are voting in the New Zealand General Election because we are the future leaders, students need to be involved in their future, and casting their vote is a way that they can do that,” she said.

Promotions began on 12 August 2014 with Radio One events. Entry was granted with an enrolment form and the events were budgeted to cost $4,500. There were also other promotions through Radio 1, Sound Bites Promotions, Critic advertisements and visits to the halls of residence.

The election campaign budget has several costs which have yet to be finalised, including expenditure on the elections website which held information relating to the elections. Few students were aware of the site though, due to the lack of promotions. Equally unused were the two video promotions which were budgeted to cost $2,500. They were supposed to be presented in lecturers but instead received fewer than 120 views between the two of them. Critic calculates this to work out as particularly useless spending at $21 per viewing.

Following the elections, Sycamore-Smith was unable to confirm the total cost of the campaign, stating, “From a quick look it seems we will be under budget, but of course I cannot confirm this until the final invoicing has been completed.” OUSA were unable to get the figures of actual expenditure to us before Critic went to print.

Sycamore-Smith believes their efforts have encouraged more informed voters and a stronger turn out for advance voting; nationwide, the overall voter turn out increased from 74.2 per cent in 2011 to 77.9 per cent in 2014.

Special votes increased by 22 per cent in Dunedin North. “Increased engagement with the youth and active student associations and youth parties has been pivotal to this increase,” says Sycamore-Smith.
This article first appeared in Issue 27, 2014.
Posted 11:58pm Sunday 12th October 2014 by Bella Macdonald.