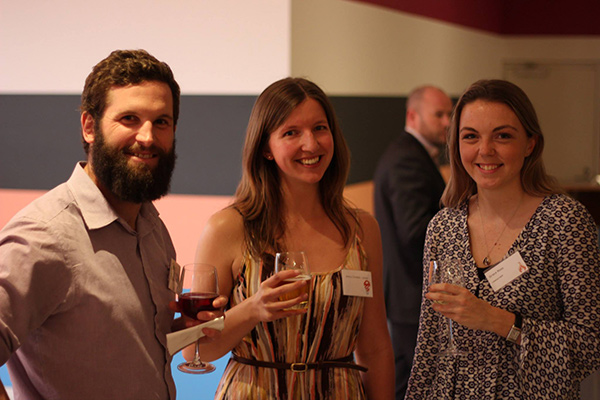 Otago students ignite dunedin in all the right ways

"Ignite is making a big difference in a small city"

A group of 20 Otago students have injected their time and talents into Dunedin not-for-profit organisations as part of the Ignite Consultants program, blowing away expectations from the organisations involved.

In the presentations evening held at the Dunedin Art Gallery on Wednesday 24 September, the four groups presented their organisation, the issues they were trying to resolve and their action plan.

Some of the consultants’ recommendations included introducing a student intern to the Dunedin Curtain Bank, creating a triage procedure at the Community Law Centre to prioritise clients, establishing membership benefits at the Otago Settlers Museum and enhancing Dunedin Night Shelter’s event “sleep out” to create awareness for the entire community and to get local schools on board.

“Not everyone has the skillset to fulfil the roles within not-for-profit organisations,” Ignite Consultants CEO Alex Devereux told the audience of approximately 50 people, reasoning why the diversity and skills of the students is invaluable to the organisations.

“Our main goals are developing student leadership and improving student reputation within Dunedin and New Zealand. Not all students are couch-burning, binge drinkers,” Devereaux added, before the students presented how willing and capable they are of giving back to the community.

Over the eight-week program, the four groups have been involved with four non-profit organisations in Dunedin: The Dunedin Curtain Bank; Community Law Centre; Otago Settlers Association; and the Dunedin Night Shelter.

After each groups’ presentation, a representative from each organisation was invited to speak and there was a common theme of sincere gratitude and praise for the students. “The detail is amazing, we’re astounded,” commended Dunedin Curtain Bank’s Lisa Ford.

John Le Brun from Dunedin Night Shelter recognized the impact Ignite is having on the Dunedin Community. “Ignite is making a big difference in a small city,” he told the audience of approximately 50 people.

The students study a range of degrees, from law to history to pharmacy, adding diverse perspectives that combine to achieve the great results and make positive changes within the community.

This year saw over 100 applicants for the program, a sign it is becoming increasingly competitive and a sought after CV enhancer.

With the recent addition of a former Otago University Vice-Chancellor, Sir David Skegg, as Patron, Devereaux believes the organisation’s perceived credibility will only strengthen.

The Dean of Commerce George Benwell said, "The Commerce Division, has provided space, housing, some operation expenses, furniture, business contacts and moral support and leadership advice." However, he adds, "But you know, none of that really counts. It is the dedication, the giving and the generosity of the students themselves that makes Ignite a success. What I give, other than thanks, really doesn’t matter."

The Otago Settlers Association group summed up the evening with a present they gave to their mentor, Laura Black: a ring engraved with “Live, Laugh, Ignite.”
This article first appeared in Issue 25, 2014.
Posted 2:58pm Sunday 28th September 2014 by Bella Macdonald.