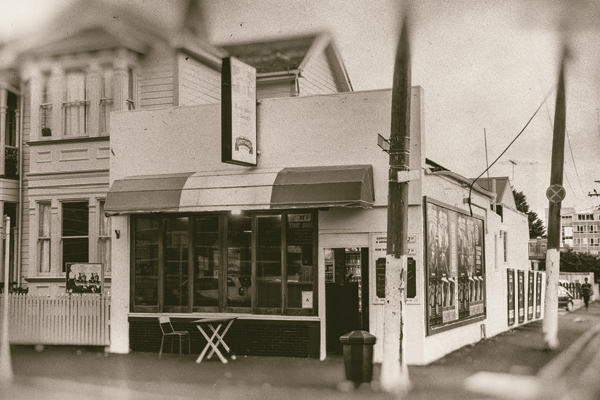 Poppa's promises nothing else but new things

Chiv chooses chicken nuggets or wings for the future

Considering Hamjra’s four-and-a-half-year stint at Pizza Huts around Auckland, customers at Poppa’s were concerned they would see their beloved pizzeria turn into a chain store, as rumours of a deep fryer, flavour changes and cheaper prices swarmed around campus.

However, when asked if he was planning on making any changes to the existing set up and menu, Hamjra told Critic that he will “just stick with it. But we might include some new things.”

“I’m planning some sort of chicken nuggets, wings,” Hamjra revealed, suggesting fears of a deep fryer joining the premises could be true. He also revealed plans to reduce prices, bring back five-dollar pizzas on Wednesday, exam specials, more vouchers for students, free items and “flavour of the month” pizzas. The talk of price reductions is described by Hamjra as “something needed.”

Unfortunately, deliveries will no longer be offered, as the infamous Poppa’s car was not included in the sale.

The previous owner, Steve Munro, owned Poppa’s for 17 years but had put Poppa’s on the market at various times over the last five years. “He’s a really good guy,” Ramja says about Munro. “Really organised, more organised than me.”

When contacted by Critic regarding the new ownership and potential for chicken nuggets, Munro just said, “I wish them good luck.”

The sale of Poppa’s was advertised in the Otago Daily Times for a negotiable price of $85,000. Hamjra revealed that the final figure was legally negotiated and was less than that figure.

Around campus, there were mixed emotions about the introduction of chicken nibbles. “I’d get on that buzz,” one student said. “I wouldn’t buy them but I’m sure people would.”

“It’s kind of verging off the gourmet side of pizzas – I don’t have a problem with that but why compete with all those chain stores,” said another student. “It’s just not Poppa’s thing.”

Hamjra has been in Dunedin for one month setting up for the change over. But Hamjra doesn’t yet consider himself a Scarfie. “I haven’t been in town much, been too busy,” he admits.
This article first appeared in Issue 19, 2014.
Posted 9:16pm Sunday 10th August 2014 by Bella Macdonald.