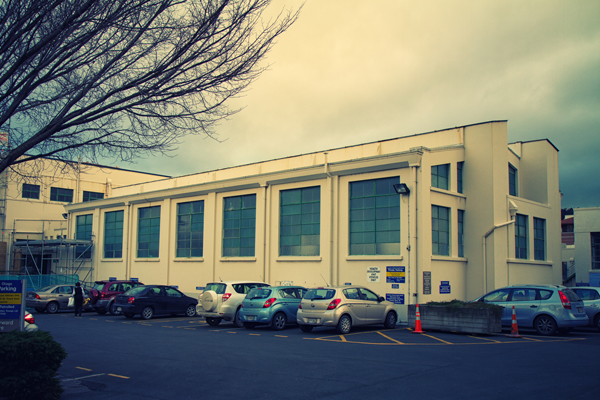 Requires an upgrade, EFTPOS and for people to know it exists

The Southern District Health Board has made an appeal to work with the Otago Therapeutic Pool Trust, the Dunedin City Council and the community in an effort to save the Dunedin Physiotherapy Pool.

A meeting held on Thursday 7 August saw the board outline the issues with the pool, which have attributed to the possible permanent closure. SDHB Chairman Joe Butterfield spoke of the predicament the pool faces but acknowledged the health benefits of the pool. He pointed out that the pool was not drained last Christmas as it needs to be every year. “It is unacceptable to run the pool without draining the pool past the due date,” he said. The pool had not been drained as “there is a 90 per cent likelihood that some tiles would fall off, and as the specific tiles are no longer produced they would need complete retiling.” There was also a probability the concrete behind the tiles would need to be replaced.

The cost to replace the sections of the pool is unable to be met by the SDHB. “We are already constrained with our capital expenditure,” said Butterfield. “The minute the pool shuts down, we save $75,000 ... We just don't have the cash and we can't ignore health and safety.”

Critic spoke to Pool Supervisor Emma Jones, who has been with the pool for two years. Jones stressed the importance of the pool to sections of society, including those with disabilities, elderly people and individuals with injuries. “I see how people with both physical and mental disabilities benefit from their time at the Physio Pool. It's hard to justify what would be more important than an individual's health and wellbeing,” said Jones. “Many customers spoke to me about why they wouldn’t choose Moana Pool and the main reasons were the temperature, especially the elderly who struggle to keep warm after. Also the access – many of our customers would be unable to get into the pools there or, more importantly, get back out. And I don’t believe there is an area there set primarily for rehabilitate exercises.”

Jones questioned the lack of marketing and technology. “There has never been any advertisement of the pool. The amount of people that don’t know it even exists is hard for me to understand, especially with the power of social media and marketing.” She also says the pool needs an upgrade to its facilities. “We don’t even have EFTPOS or a website,” she says.

One way of potentially saving the pool would be for the community to fundraise to cover the repairs and operating costs for the second half of this year. The Dunedin City Council would not be able to assist the Southern District Health Board with funding until next financial year, which is why community involvement is needed in the meantime.

The Save the Physio Pool petition has generated 1,029 signatures and the Facebook page has 1,864 likes. Comments by users such as Sandy Cleary speak of the importance the pool has for them. “I had a serious accident in 2004 which resulted in three broken vertebrae, left broken collarbone and ribs broken. I spent two weeks in hospital and two weeks at the Isis Rehabilitation Centre to learn to walk again. This was followed by learning to aqua jog at the Otago Therapeutic Pool, which was the best thing in the world in learning to walk again. If it hadn't been for the ability to attend the morning Physio pool sessions then I know my life would have been a lot different.”
This article first appeared in Issue 19, 2014.
Posted 9:16pm Sunday 10th August 2014 by Anna Whyte.