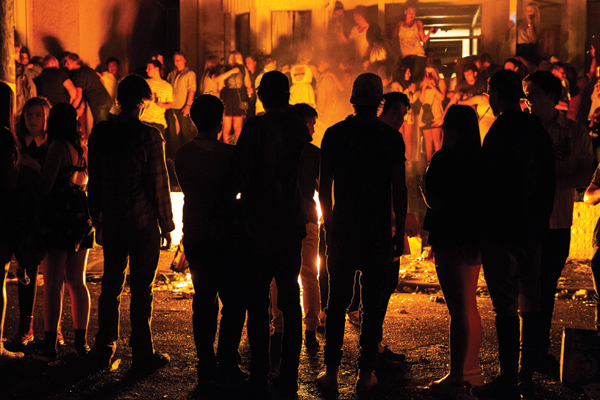 The law proves an obstacle for liquor bans

A revision of the 2002 Local Government Amendment Act will make it harder to introduce liquor bans in New Zealand cities. According to The Department of Internal Affairs website, the update, which was first announced in March 2012, aims to create “a more productive, competitive economy, and better public services.” The Local Government Amendment Act 2014 involves eight new points and these passed the third reading at the end of last month.

Kevin Mechen, Dunedin City Council Liquor Licensing Coordinator, told Critic, “Before an alcohol ban is put into place it must now be proved there is a high level of crime and disorder in an area and that it is exacerbated by alcohol. Then there needs to be a belief that an alcohol ban will reduce the crime and disorder in the area.” The main issue the Act causes in regards to alcohol bans is that even though disturbances may occur in an area as a result of alcohol, there needs to be solid evidence in place to prove this. Mechen said, “The way the Act is written, we are reliant on Police data.” If disruptions in areas are not being reported to the police, this means there is no evidence to prove the necessity of a ban.

The law change makes it extremely difficult for the DCC to implement liquor bans in areas of disturbance in North Dunedin – a topic that has been discussed a great deal in the past. Mechen told Critic, "A Health Impact Assessment was done by a contract company a few years ago." He said, "it was considered that a North Dunedin ban would be making a statement that students with alcohol are a problem.” Mechen said that, during the assessment, “OUSA recommended that rather than just North Dunedin, a city wide alcohol ban should be introduced.” However, it was eventually decided that a ban would be unsuccessful, and “it was better to work with the young people and try and find a solution.”

Mechen is of the opinion that “the only thing a ban in North Dunedin would do is stop people drinking as they walk into town.” He said, “I don’t see or hear of too many people actually drinking in the streets so it wouldn’t be too much of an issue for the majority of students.” Instead, he argues that we need to focus on creating “a change in attitudes towards both alcohol, other people and the environment.” He said, “I don’t believe people generally, not just younger people, have much idea about what alcohol does to them, especially when consumed to excess.”

Techniques to curb alcohol related disruptions in the Dunedin Botanic Gardens, in particular, has been a topic recently discussed by the Council, Police, and Otago University. The gardens are a popular hotspot for students to drink in groups, the most prominent times being “during orientation week, re-orientation week, [and] also around the end of exam times," Garden Team leader Alan Matchett told Critic>. Matchett said, "Obviously we're concerned with out of control drinking. It's where it's happening and the effects it has on the greater public ... Various stages of drunkenness, throwing things around and urinating is not very attractive to others using the gardens."

When incidents do occur in the area they are generally reported very efficiently, “98 per cent of the time issues are reported to both the police and the Proctor.” Matchett said he has received great assistance from both parties. Due to the correct reporting of incidents, with careful consideration an alcohol ban may be able to be implemented in the area. However, in regards to an entire ban in the gardens, Matchett believes it would unfairly disadvantage those who were using the area sensibly. “We don’t want to disadvantage everyone who visits the gardens. Sometimes people just may want to have a wine with their family. It’s only drinking on the heavy side which causes the problem.” Matchett commented “It would be great if students were able to use as much common sense as possible. We welcome everyone into the garden, so please be aware that other people have rights too.”
This article first appeared in Issue 19, 2014.
Posted 9:16pm Sunday 10th August 2014 by Laura Munro.