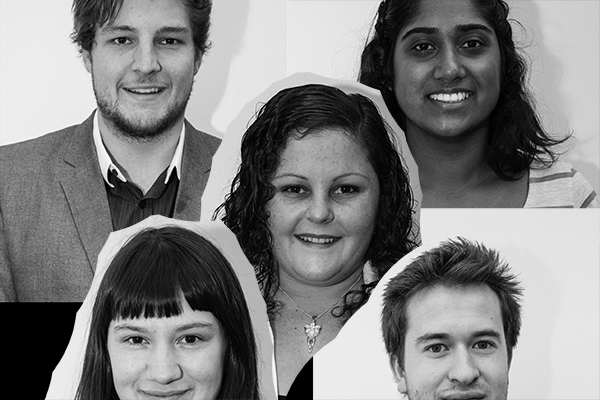 The great OUSA by-election of 2014

International disinterest guarantees yet another one soon

Following the departure of four executive members last semester, nominations have been received for the positions of Finance Officer, Welfare Officer, and Colleges and Communications Officer. The positions of Finance Officer and Welfare Officer each have two candidates running for the roles, whilst the position of Colleges and Communications Officer has just one nomination. No nominations were made for International Students’ Officer, which will result in another by-election running at a later date.

Hey all, my name is Paul Hunt. I would like to be your Finance Officer.

Adopting a work hard play hard ethos, I am committed to making OUSA work for everyone.

Finance Officer requires someone experienced and trustworthy. Having served on the law and debating society executives, and as a final year LLB/BA student, I’m confident I have the necessary skills and experience.

Engaging more proactively with student groups, pursuing a student bar and developing further support networks to assist with uni work are policies I would advocate for.

Most importantly, I would diligently manage OUSA finances. In a VSM environment, OUSA should broaden its revenue streams to ensure long-term viability. Attention to detail, scrutinising expenses and ensuring the books are in order should be key focuses of the Finance Officer.

For trust and experience-Vote Hunt for Finance Officer!

Hey all, my names is Ricky Daniel-Nield, I’ve been down in the dirty south for four years now finishing up by double degree in Commerce and Science. I’ve been around the block, spent my time on Castle, had a weep when the Cook closed its doors, and now in my final year looking at ways to give back to my fellow scarifes.

I currently hold a position as an Officer in the Royal New Zealand Navy, on a more relevant front, sit on the OUSA’s policy committee.

As Finance Officer I know I can do a world of good and help you with the things you actually give a shit about, I hope I can count on your vote.

Hi, I’m Payal and I’d love to be your Welfare Officer this time round. Currently, I coordinate Teacup Club, a women’s support group at Uni, and I’m also the secretary for the International Cultural Committee (ICC). Through ICC, I’ve helped run events such as the International Food Festival and Sports Day.

I want to work with the OUSA executive to ensure strong representation of the student body. As a 5th year student I have long been involved in the university culture and community and there are areas I want to see addressed. These include: gender neutral bathrooms, working with international student groups, queer groups and feminist groups to discuss ways to combat street harassment, the development of university policy on potentially triggering topics that come up in lecturers, ensuring that students can stay happier and healthier in warm flats and working to minimize alcohol related harms.

I have found my three years in the colleges system rewarding and would love to share that experience with incoming and current students.

Following on from the previous officer I would like to:
- Continue to evaluate sexual assault policies in halls.
- Improve connections between OUSA and colleges.

What I would like to bring to the position is to:
- Help promote opportunities like clubs and societies to hall students.
- Construct a What I Wish I Knew guide for hall applications.