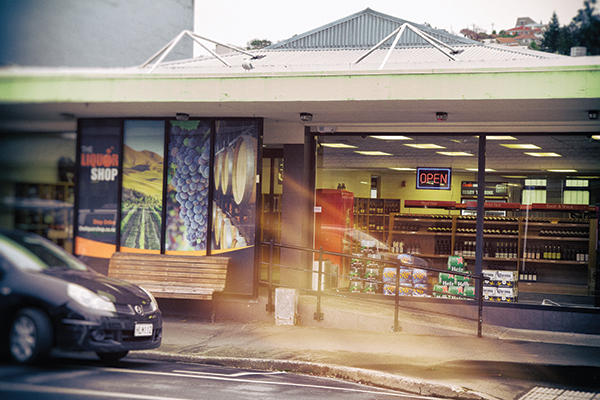 No more liquor in the North D

A liquor store located at 21 North Road has been granted a temporary off-licence for the next three months, following objections by the University of Otago to renew the licence. Store owner Preet Minhas originally applied for licence renewal on 5 June this year. The University immediately opposed the application, which was published in the ODT as part of the public notification process.

Tony Mole, Licensing Inspector for the DCC, wrote in his report of the inspection of the premises that, “Objections were received by the Director of Student Services on behalf of the University of Otago, and Maurice Jackways on behalf of Knox and Salmond College.”

The licence was originally granted under the 1989 Sale of Liquor Act, but the renewal will be judged under the 2012 Sale and Supply of Alcohol Act, which came into play in December 2013. Mole told Critic, “The main difference from the 1989 Act to this one is the object which now specifically looks at minimising harm.”

The University told Critic, “granting an off-licence in this locality would be incompatible with the purposes for which land near the premises concerned is used, which in this case is predominately for student accommodation.” They said, “Surveys of students’ health by Otago researchers in 2004-2011 show a range of acute harms due to their own drinking and the drinking of others. These include injuries, risky and unwanted sexual behaviour, and impacts on academic performance.”

Mole documented in his report that Minhas was “unaware of the sensitive nature of the vicinity” and “did not intend to supply alcohol to student parties.” Minhas did not know that there were nearby student halls of residence and that the valley had a high proportion of student flats.

Before Minhas attempted to renew his application, the store had been operating on a temporary licence granted late last year. The inspector’s report stated that the original licence had been granted on the basis that because of “the high priced nature of the products that will be sold in these premises, it is unlikely that they will affect the young student population of the area to a great degree.”

Upon inspection, however, it was discovered that the store had 21 different types of RDTs available at student prices, proving that the store was not complying with the grounds on which the original licence had been approved.

After a hearing last Wednesday, the liquor outlet has been placed on a three-month trial period in which it has to prove it will operate as the “high end” store it originally proposed. The Dunedin Police, Public Health South, and a licensing inspector will carry out random inspections to ensure the store owners comply with alcohol standards.

Countdown Central, on Dunedin’s Cumberland Street, has also raised concerns after an inspection found that shelf displays were in breach of sections 112 and 113 of the Sale and Supply of Alcohol Act 2012. The Act requires the premises “to limit (as far as is reasonable practicable) the exposure of shoppers in supermarkets and grocery stores to displays and promotions of alcohol, and advertisements of alcohol.” Kevin Mechin, Secretary of the Dunedin District Licensing Committee, said “When a shopper enters the supermarket the alcohol section is in plain view to the immediate right when he/she walks into the store.”

The report also states that trading hours of the store were greater than the licensing hours. At the time of inspection, Countdown was open seven days from 7am until midnight; the store now closes at 11pm.

The licences for Super Liquor Cumberland, Super Liquor Malcolm Street and Leith Liquor are all due for licence renewal in 2016. Mole told Critic he is unaware if similar difficulties will arise.
This article first appeared in Issue 15, 2014.
Posted 6:52pm Sunday 13th July 2014 by Laura Munro.