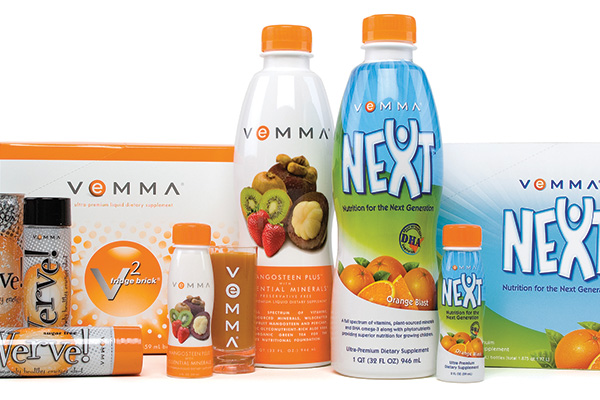 "Pyramid schemes don't have offices. We have a head office and lots of offices."

“If you could not fail, how big would you dream?” These are the words presented on Vemma’s website to entice young people to join the Vemma brand and sell Verve energy drink products. Vemma is an “ultra-premium, liquid formula that provides the vitamins, minerals and nutrients for greater health and wellness.” Verve, the carbonated version of the Vemma formula, claims to be a healthy alternative to typical energy drinks and was created “to provide a powerful nutritional formula unlike any other.” Dr Oz even endorses it.

Testimonials for the product have claimed it cures everything from autism and depression, right through to MRSA. A brand partner who spoke to Critic said it had even assisted with their mother’s miraculous recovery from chemotherapy.

Benson K. Boreyko is the founder and CEO of Vemma, the nine-year old company running off a “social network marketing plan.” The company has had continued growth in the US through university students and now aims to attract New Zealand students to become affiliates of the product. Vemma’s policy explains, “A Vemma Brand Partner is an independent contractor, and like any other independent business person, his or her success or failure depends on his or her personal efforts. The Company provides an opportunity for Brand Partners and Customers to enrich the quality of their lives.”
Brad Downs, CEO of YPR Oz and Vemma Brand Partner, said that once students come on board, “money is no longer an obstacle.” Downs is one of many brand partners abroad that is trying to attract young students to start their own Vemma “business” under his guidance. “My affiliates in Auckland are like family to me now.” He says that the opportunities for Dunedin students are “endless … Red Bull gives you wings. Verve gives you money and cars.”

Critic spoke to a student who attended a recruitment meeting at the University of Otago, but he quickly realised what type of scheme he was getting himself into. “I’d like to make sure a bad weed like that doesn’t get down here [to Otago].” He says that those involved appear “almost cult-like.”

So how does the affiliate make money? Once you purchase the product, Vemma suggests you give the product away to prospective customers to encourage them to order the product online via your personal e-store. You then encourage your customers to become affiliates and to bring other people on board, therefore growing your “enrollership volume” (the total volume that originates from your activity of enrolling an affiliate, and their personally enrolled affiliates as well).

To receive the full compensation benefits (a commission off everyone else’s purchases below you) as an affiliate, you need to be on the auto-delivery plan of 120pts. This equates to NZ$211 per month spent on the energy drinks, inclusive of shipping. To qualify for the “Premier bonus” which enables you to earn up to $800 extra a month towards a car worth a minimum of $30,000, you must order the silver affiliate pack ($782) within 60 days of joining.

Vemma say you do not need to spend money to become an affiliate, although it is strongly advised. It soon becomes clear that, while you may not need to spend the money yourself, the only way of remaining an affiliate and of making any money is through recruiting at least three other people who will spend the $211 themselves each month, and often these end up being close friends or family.

Critic spoke to a number of affiliates just starting their business in Auckland, who strongly encouraged we joined as part of their team. They would not disclose how much they had made, if any, but pointed out that it had been “a slow start” and they were “still learning and expecting to make money soon.”

Vemma has been accused in the US of operating as a pyramid scheme and the company has been compared to Amway and Herbalife, both of which have had their own legal proceedings over their company structure. In NZ, pyramid schemes are illegal and result in fines of up to $60,000 for those promoting the scheme and up to $200,000 for the company, as well as paying back any money received from the scheme.

The Commerce Commission explains, “Pyramid schemes make their money from getting people to join up to the selling scheme instead of by selling goods or services. These schemes will usually pretend to be selling opportunities. You pay money to join up and are encouraged to get more people to join up.” Vemma claims they are not a pyramid scheme, as a tangible product is involved and they are not directly paying affiliates for recruiting more people. The problem, however, is that money is not made from retailing the product. Vemma’s terms and conditions explicitly state that affiliates cannot sell the product to stores but they may privately sell it at private entities and trade stalls.

Instead, you are paid based on product purchased by your customers and affiliates in the enrolment line (your enrolled affiliates and their enrolled affiliates are part of an “enrolment line”). The majority of the product being sold is purchased by these new customers or recruits who have not yet signed up as affiliates. The company’s end users and distributors are basically one in the same. Critic spoke to the Australian Head Office and asked how money can be made without recruiting people, to whom we were told, “You can’t. You earn money by recruiting people.” This was later corrected by another staff member who said that making money under the scheme was not limited to recruiting people, but the reality of where the financial benefits actually flow from is still a murky area and often illogically explained by proponents of Vemma.

The OUSA Student Support centre has been notified of Vemma affiliates attempting to recruit new customers to the energy drink campaign. The University of Otago Proctor, Simon Thompson, also told Critic that he has heard of similar reports. “I’ve had a couple of calls from people saying that there are nasty evil people taking advantage of students.” He said that there have been reports of people “having meetings in the central library selling their pyramid scheme.”

So what’s the problem with a pyramid scheme? The Commerce Commission explains that, quite simply, “it is not a sustainable business.” There will always be people at the bottom and eventually those at the bottom stay there, losing money when there is no one else to be recruited. A Vemma Member Services representative tried to explain why Vemma was not a pyramid scheme to Critic. “Pyramid schemes don’t have offices. We have a head office and lots of offices.”

Critic spoke to Simon Milne, Solicitor at Farry and Co. lawyers, who explained that it is difficult to tell apart any pyramid scheme from affiliate schemes when, for both, the people at the top make most of the money and, presumably, those at the bottom will not. “It is about sales of the product, however, that is dependent on getting more people on board selling underneath you.” He said Vemma “points more towards a pyramid scheme than a multi-level marketing scheme” but that “it is hard to answer whether it is illegal or not at this stage.”

He points out that it has only recently come into NZ and that once the company is brought in to the public eye, “I imagine the Commerce Commission and the Consumer Watchdog will be all over this.” Critic is currently awaiting the results of an Official Information Act Request as to whether the Commerce Commission has received any complaints yet. Milne said that as with any of these types of schemes, “any student getting involved would need to exercise a huge amount of caution.” He said, “Students should know there’s very little chance of making any money at all.”

Vemma claim there is no risk to purchasing their product as they offer a “30 day 100 per cent money-back guarantee.” A closer look at the terms and conditions also indicates that the guarantee is very limited. “The Customer or Brand Partner can open a case of Verve and try one can and if he/she is not satisfied, return the other 23 unopened, resalable cans for a full refund.” Customers cannot have more than three cans and expect a refund.

Vemma Royal Ambassador and Elite Leader Peter Francis is the number one affiliate in Australia and claims to be earning over AU$1 million per year. He has been involved as an affiliate for nine years and claims he stuck with the product as it helped him manage his diabetes. He says, “if you’re willing to put the work in, then you can make the money. I take this very seriously.” He says that Vemma is a legitimate scheme that is just using a different method “instead of paying hundreds of millions of dollars in advertising like Red Bull.” When asked if he had considered the legal implications of the company and how Vemma compared to Amway, he said “So what? Amway are still going.”

As for the taste, reviews have raved from “pretty good” to “it tastes bad, yo. Like catpiss.”