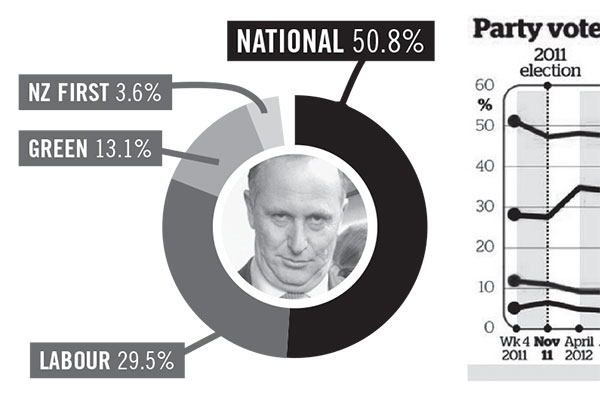 Early last week, a new Herald DigiPoll was released, placing National at 50.8 per cent, Labour at 29.5 per cent, Greens at 13.1 per cent, and NZFirst at 3.6 per cent. Such polls should definitely be taken with a grain of salt, but should this translate to an election platform (disclaimer: I take no responsibility if you go iPredict crazy based on one misc. poll), National would be able to govern without a coalition. Cunliffe is confident that this won’t happen, however, arguing that National’s “crony capitalism” will lower support. Greens were pretty stoked to be pushing for the 15 per cent, and Critic wonders what will become of the Winston First Party.
This article first appeared in Issue 5, 2014.
Posted 5:30pm Sunday 23rd March 2014 by Carys Goodwin.