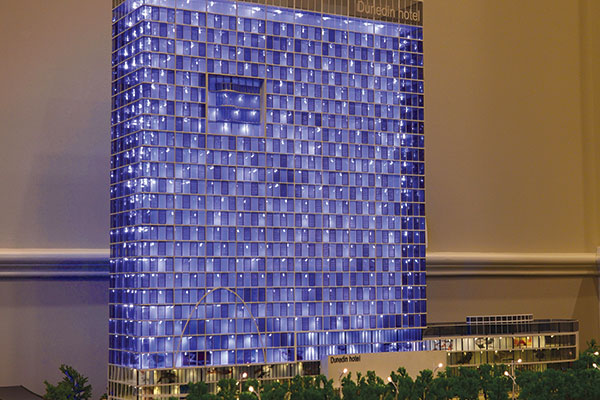 “No upper limit” on DCC hotel expenditure (or height)

A memorandum of understanding (MoU) has been signed by the Dunedin City Council and Betterways Advisory Ltd, the developers of the proposed $100 million waterfront hotel. The agreement means both parties will now work together on a new design, in order to get the contentious project underway.

Last year, the Council rejected permission for a 27-storey, five-star hotel to be built at 41 Wharf Street. The proposed 96m-hotel development would have been nearly double the height of any other building in Dunedin and the tallest building in the South Island.

Dunedin Mayor Dave Cull says, “We have never had a resource consent application of this magnitude and the DCC were expected to just tick off a design.” An Urban Design Panel will be set up to look at the plans and advise as to whether they are “viable, appropriate and work within the parameters.” Following the MoU, the building design will be a whole new proposal but the developers remain set on the Wharf Street site.

Cull says the agreement is an improvement on the method used so far. He describes the appeals made to the Environment Court as “confrontational and expensive.” He says the court proceedings would have cost up to $300,000. However, following the current agreement, costs are estimated to be upwards of $30,000 for the DCC, but “we have not put an upper limit on it at the moment.”

Supporters of the hotel see it as tourism boost to the city, providing much-needed beds for busy periods and allowing for more accommodation should events and conferences be held in Dunedin. However, it has still been met with much opposition.

Critics of the project claim the hotel would have looked out of place in the middle of an industrial area, surrounded by railway lines and a highway, and that the modern design was not in keeping with the architectural design of Dunedin. Issues have included pedestrian access to and from the hotel, traffic control and the hotel’s interference on the waterfront.

Other submissions put forward to deny resource consent will all need to be addressed, but Cull says “we now have an agreed approach between the council and the developer on how we address the issues.”

He explains that traffic and pedestrian access is essential, but the current one-way system makes accessibility difficult for out-of-town visitors. Cull says that it is important visitors are able to find it. Critic speculates that a 27-storey building should not be too hard to find.