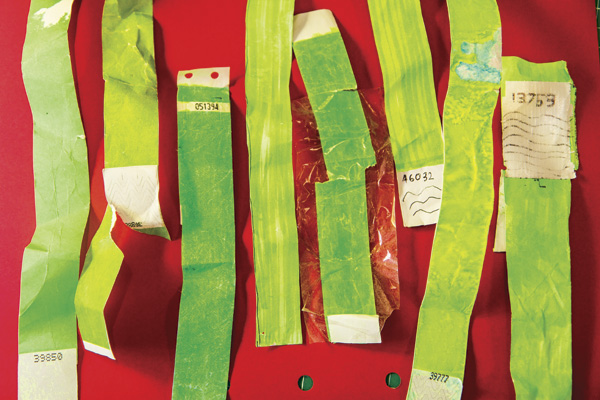 Dunedin: The China of counterfeit wristbands

The limited amount of tickets, which came in the form of a green wristband, available to this year’s Hyde Street Keg Party led to a thriving “green market” in the days preceding the event. An entrepreneurial Hyde Street keg party attendee tried to outwit authorities by ordering a large quantity of green wristbands from a supplier, intending to on-sell them to those eager Hyde Street-goers who missed out on the limited number of tickets.

Things turned sour once the Police were informed and subsequently intervened. Although details of the crime are yet to be released and Campus Cop Max Holt was unable to be reached for comment, it is understood that the student has been referred to the Proctor.

Critic also discovered that on the evening of Thursday 11 April, the Hydroslides at Moana Pool were issuing fluorescent green wristbands identical to those issued by OUSA. However, most counterfeit wristband wearers failed to realise that OUSA had been issued a specific set of serial numbers, making OUSA bands easy to identify.

A source told Critic that another student posted on the clothing buy-and-sell Facebook group “Walk in Wardrobe” that she had 1000 Hyde Street wristbands for sale, much to the delight of those unable to get a wristie. However, when the Police turned up at the student’s flat, it turned out it was a prank.

Critic also witnessed students at the event whose woeful attempts to make their own wristbands got the better of them, leaking green highlighter down their arms.