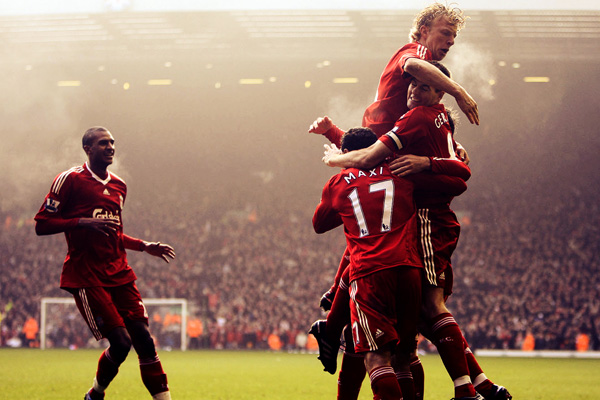 Please can you teach me how to Dougie

The celebration is one of my favourite parts of sport. It serves so many purposes: an outpouring of raw emotion; a message to your opponent or the crowd; a “look at me” moment especially for the cameras; or pure relief. The days of manners and sportsmanship limiting celebration to a nod and a handshake are long gone in most sports. Sports are broadcast to millions, and prize money is enormous. There is far more than just personal pride at stake. When a team or individual wins a title or gets one over their opponent, that is their moment to bask in the spotlight. This week I’ve taken the time to have a look at the different ways sportspeople celebrate. Some are genuine, some contrived, and some more impressive than the sport itself.

This type of celebration is a genuine outpouring of emotion. It is not about the crowd or the opponent or anyone else. It is a moment when the athlete or team has just achieved what they set out to do, and it is time to enjoy it. A classic example is Mark Richardson celebrating his only test wicket – a leap of delight, followed by a manic sprint around the field chasing high fives until he ran out of teammates and had to stop. When Rafael Nadal or Roger Federer wins a Grand Slam they simply collapse to the floor through both exhaustion and elation. Baseball teams will often clear the bench and have a massive leaping group hug on the centre of the diamond.

Winning on its own is often not enough. You must also reinforce your awesomeness with a trick you practiced earlier at home. This can take the form of an intricate tumbling routine, either freakishly athletic like Kenwyne Jones, or tall white guy front flips like Miroslav Klose. Another way to get featured in the highlight reels is a funky dance, like Digby Ioane’s break dancing or Lelia Masaga’s gyrating Dougie. Of course, the old classic is the motorsport burn-out.

Sometimes winning is not enough – you have to rub your victory in your opponent’s face, and really show them that you are superior in every way and that they should probably quit now before they suffer further embarrassment at your hands. American athletes love to stick it up their opponents. Being the alpha male or the “big dog” is far more important than in non-American sports. Think of the iconic image of Muhammad Ali standing over Sonny Liston. Sportsmen from other countries have been known to get involved as well. In 1999 Andrew Mehrtens pulled a double middle finger to the Bulls crowd in Pretoria after hitting the winning drop goal, and Emmanuel Adebayor took the time to run the length of the field to celebrate in front of the fans of his former club Arsenal when he scored against them for Manchester City in 2009.

The favourite of rugby players of the 80s and 90s. Sometimes they seemed to be in a competition to see who could look the least excited. No fist pumps, no high fives, the most you could expect was a pat on the back that would go unacknowledged. Very few modern sportspeople display such restraint. Gymnasts are still forced to keep a straight face even when they know they have nailed a perfect manoeuvre, but that is hardly by choice. The closest we get nowadays is probably surfing, where celebrating a great wave or “claiming” is still partially frowned upon. Some cricketers still acknowledge a milestone with a restrained raise of the bat.

If you really want to make the most of your time in the limelight, you gotta innovate man. I’m talking choreography, props, and clever use of the camera. I hate to keep falling back on American sports as an example, but they are well ahead of the game on this one. Terrel Owens took it to another level when he pulled a Sharpie out of his sock, signed the ball, and handed it to a fan in the crowd in 2002. Many teams have done tenpin bowling. Then there are the traditional organised celebrations: the Gatorade bath, cutting the net at the end of a basketball season, or footballers singing olé, olé, olé.